The Story Behind Wonderland

....dedicated to my mother Maureen. 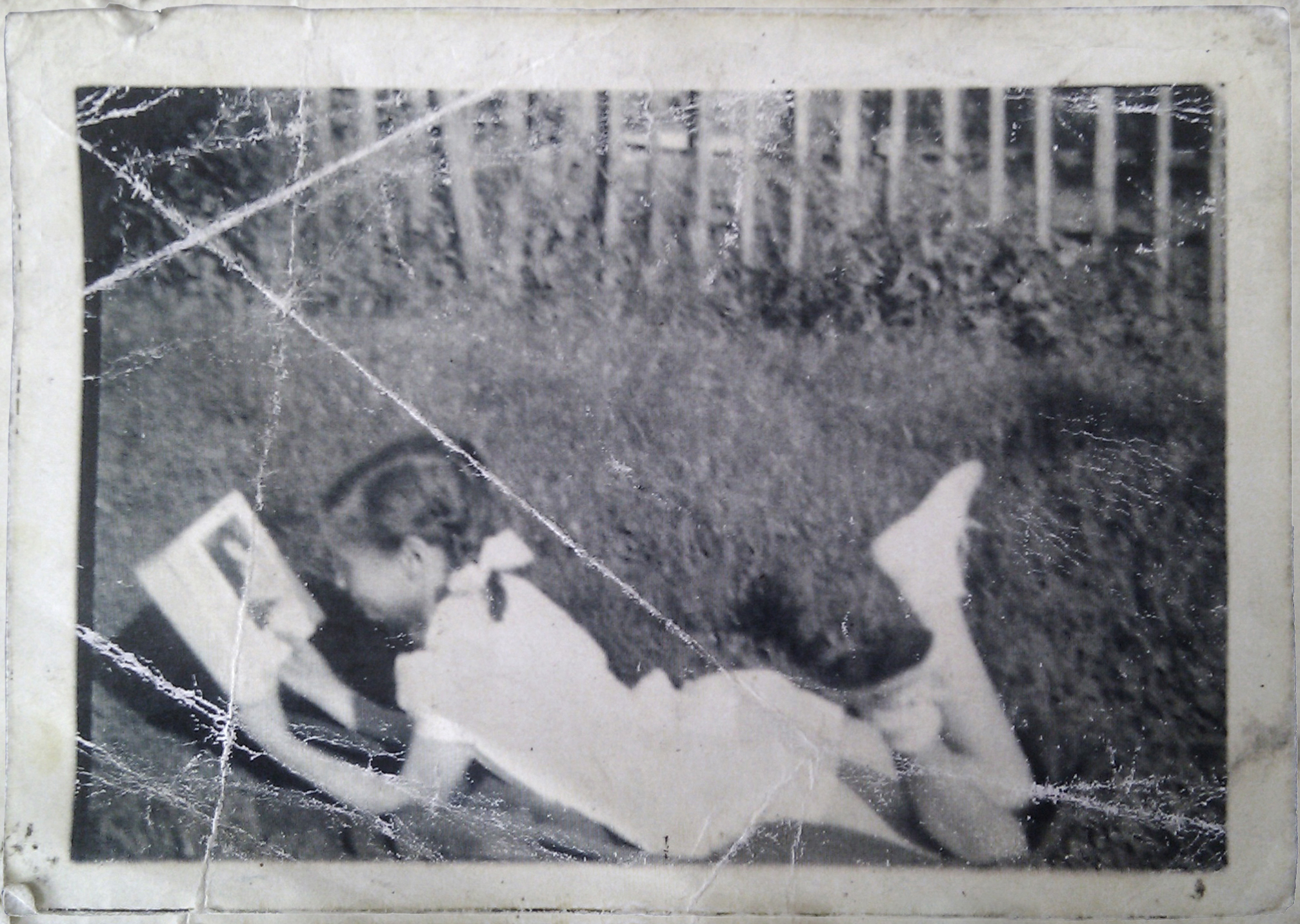 ‘Wonderland’ began in the summer of 2009, born of grief for my mother Maureen, who died 7 months earlier in November 2008. Back then as I sat in my kitchen sewing the first rough costume, nothing could have prepared me for the 5-year journey that lay ahead. What started as a desperate distraction from the pain of reality, led to a dramatic turning point in my career, and consequently my entire life…..

My mother was an English teacher, who spent over thirty years inspiring generations of children with her stories and plays. She was rarely seen without her head in a book, or writing in her own vast diaries, which she had kept since I was young. In April 2008 she was diagnosed with a brain tumour that left her too ill to be brought home to England from the small French village where she and my father had retired. Instead of a funeral filled with her friends and ex-pupils, we had to make do with a tiny family gathering, which left me heartbroken and compelled to do something that would never let her be forgotten.

In the months that followed real life became a difficult place to deal with, as I found myself retreating further into an alternative existence through the portal of my camera. This escapism grew into the idea of creating a storybook without words, dedicated to her, that would echo fragments of the fairy tales she had read constantly to me as a child. Originally it began as a small summer project, but none of us could have predicted the path that lay ahead and the very special friendships it would produce. From the moment I met hair and make-up artist Elbie Van Eeden there was a sense of something deeper, we became extremely close and the series blossomed into our own private playground within the ancient woodlands that surrounded my home. Some days I would walk for hours in the landscape searching for it’s high points of natural wonder, at times waiting a full cycle of 12 months for a certain flower to bloom. I wanted to convey the feeling that despite it’s theatrical inhabitants, my Wonderland was in fact real and all around us, something many of us have become blind to in this digital age.

As the months passed I developed a deep bond with the land, it became my church, the place where I could process my sadness and speak out loud to my mother. Without at first realising it, a subconscious parallel had developed between my journey through grief and the lead model Katie Hardwick in the photographs. She had become a mirror to all I was feeling, and so I chose to embrace the ebbs and flows of loss, and let my emotions guide the narrative of the series.

In the beginning I was still working full time as a fashion designer and could only spend my evenings and weekends creating the costumes and props. Everything was entirely self funded, so I worked with the most basic of materials to try and achieve results as convincing as possible, scavenging and customising whatever I could lay my hands on.There were no stylists, designers or huge teams of assistants involved. It was simply a few passionate friends helping out for free, whilst I scraped together the funding for raw materials from of my wages each month.
None of the pictures were a recreation of a story that already existed, to me that felt empty and pointless. Instead it was a blur of colours and settings inspired by the faded illustrations of my childhood books, mixed up with memories, grief, and my new found spiritual connection with nature. As the project progressed some of the new character’s concepts could take up to 5 months to make. I found their physical creation became my favourite part, and the chance to actually step into the frame on shoot days was unlike any other experience in my life. It became a way to block out the ghosts of the hospital and a chance to momentarily live in a more beautiful place than the darkness of my reality. At last I could lose myself behind the camera, it was a relief and began to heal me in the most unexpected of ways.

Two years into the project I found it almost impossible to cope with the demands of the series whilst holding down my full time job in the city. On the verge of a breakdown in December 2011, I felt I had no choice but to leave my fashion career behind, to dedicate my future to finishing the project and the dream of producing the book. It was the hardest decision of my adult life, but thankfully also one of the best.

Ever since that day, life has been a roller coaster of emotion and so much hard work it is difficult to put into words; but as I sit in front of this computer screen 10 years after my mother passed, I can finally say quietly to myself that the dream did come true. Wonderland continued for a further 3 years and was completed in November 2014, cumulating in 74 photographs. After a number of offers from publishers, in September 2015 I decided to walk away from all contracts and instead launch my own Kickstarter campaign in order to make the most beautiful book I physically could without any compromises. The campaign went on to become the most successfully crowdfunded photobook ever made, raising £334,000 in just 28 days and was completely sold out within 2 months. 8 months later, due to overwhelming public demand, a Second Edition was released which now continues to sell around the world.
The series eventually reached the major press, being recognised by Harper’s Bazaar, Vogue Italia, The Royal Photographic Society, The BBC News, The Guardian and The Telegraph to name just a few. It has since been exhibited in London, America, Spain, South Korea, Milan, The Netherlands and Sweden and now has over 400,000 followers on social media.

Finally this winter (2018) for the first time ever, the entire Wonderland series has opened as a major museum show at Fotografiska in Stockholm – one of the worlds largest meeting places for contemporary photography. It will then to tour to their London and New York venues over the next two years, and possibly reach further partnering museums in the future.

So this has been a bittersweet tale to tell, ten years ago my world had ended, I had never felt so lost, numb and alone. Yet what was the worst thing to have ever happened to me, somehow bloomed into something extraordinary that I may have never known in another life. I’ve learnt that grief can take you down in the most monumental way, but it can equally lead you along a path you never expected. This is something I try to hold on to everyday, especially since my own cancer diagnosis after the birth of my first child in 2015. I’ve learnt to embrace what we have thrown at us, to try to take the sadness and fear and make something meaningful and beautiful in it’s place.

Nothing I write can express how losing my mother has felt, or how she touched the lives of the many who loved her. I miss her more than words can ever say, and I still struggle greatly with the void she has left. This series is all I physically have inside of me and is the best I can offer to commemorate the incredible person she was. I have tried my hardest for her, just as she did for me.

She will always remain in my heart…… this is for you mum. xx