A deeply personal journal of life behind the camera written by Kirsty.
Previous
Back to gallery
Next
4th August 2017

Wonderland at the Paine Art Centre and Gardens Museum.

It’s been nine months since I wrote about my cancer diagnosis, something I fully appreciate left many of you on a cliffhanger as to how I am doing now. Life since then has at times been tough for many reasons, but thankfully not due to any further complications with my treatment. This entry was not how I intended to return to my writing but these pages have been silent for so long and so much has happened, that I realise I need to write a separate entry about my personal journey. So until then I’ll simply say … I’m clear and I’m well, please don’t worry.

Instead I will begin with this ‘part one’ about the preparation and opening of my first US solo show. With a ‘part two’ coming in late September when I travel to the states for a Q&A evening and book signing at the Paine Art Centre and Gardens. It was a pretty surreal start to the end of a difficult two year hiatus. Just when I felt like I’d disappeared into insignificance, the ‘little show’ I had agreed to via a few emails a year before hand, turned out to be much more than I anticipated. It was last June when the museum curator first wrote to me with their proposal, while I was in the first chaotic throws of motherhood and blissfully unaware of the tumour that grew in my breast.  It wasn’t until eight months later following my radiotherapy that the wheels slowly began turning as the show selection was made and I began to understand the size of the venue and level of presentation the Paine wished to produce. It would be my first solo show in America and my first solo museum show, featuring nineteen large scale pieces from the Wonderland series.

I knew the Paine was a historic estate with a mansion and gardens but it wasn’t until the exhibition was installed and I began receiving a barrage of excited photos to my phone from the director and curator, that I appreciated the beauty of the venue. My work has always been presented in ‘white box’ art galleries and so to see the atmosphere created by the rich interior of the Paine was a wonderful and unexpected surprise. 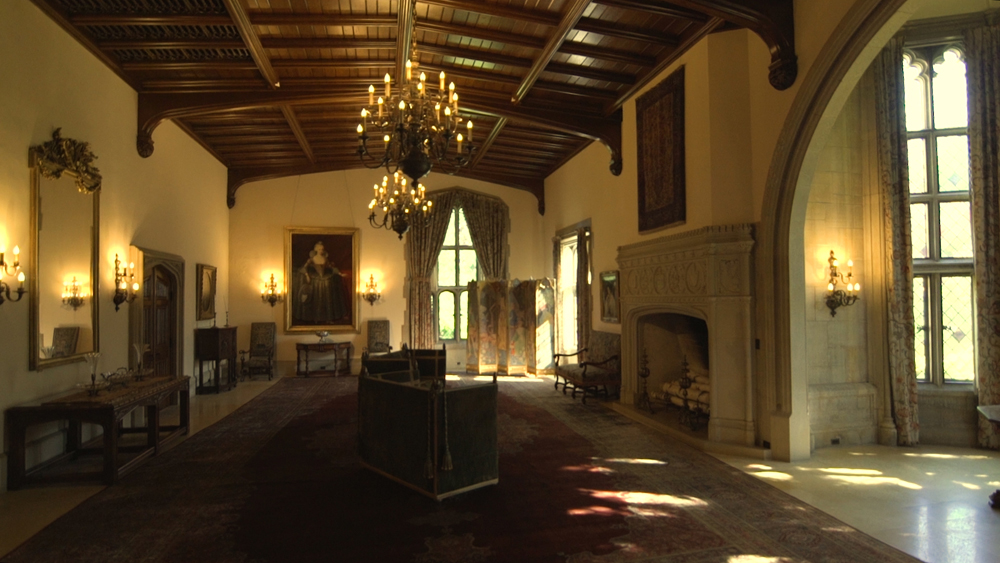 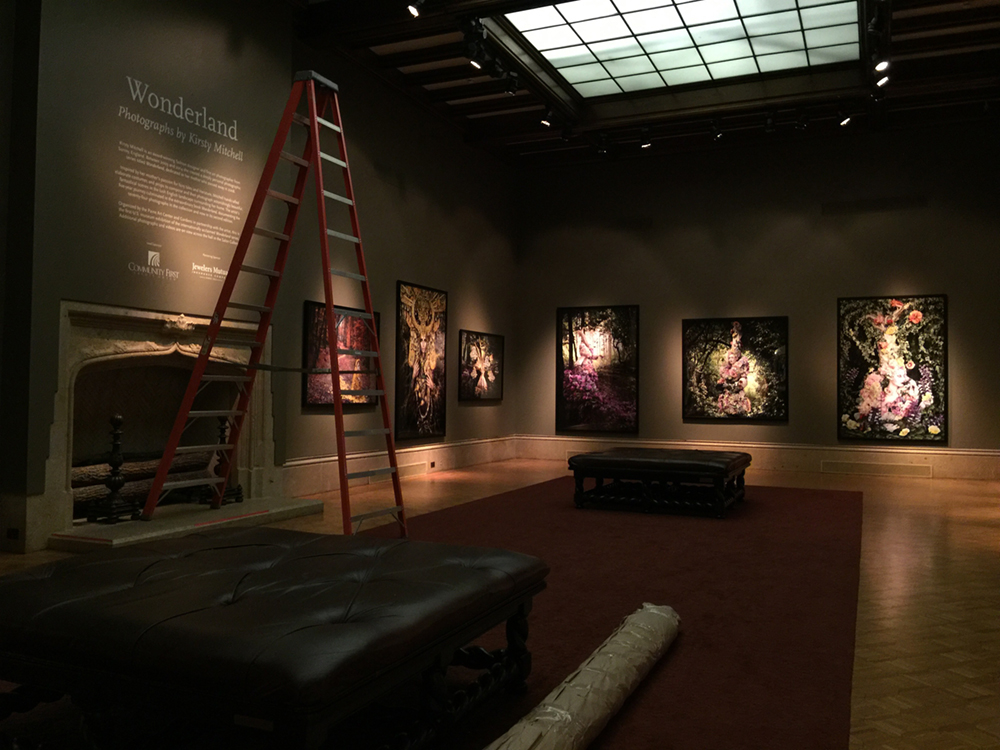 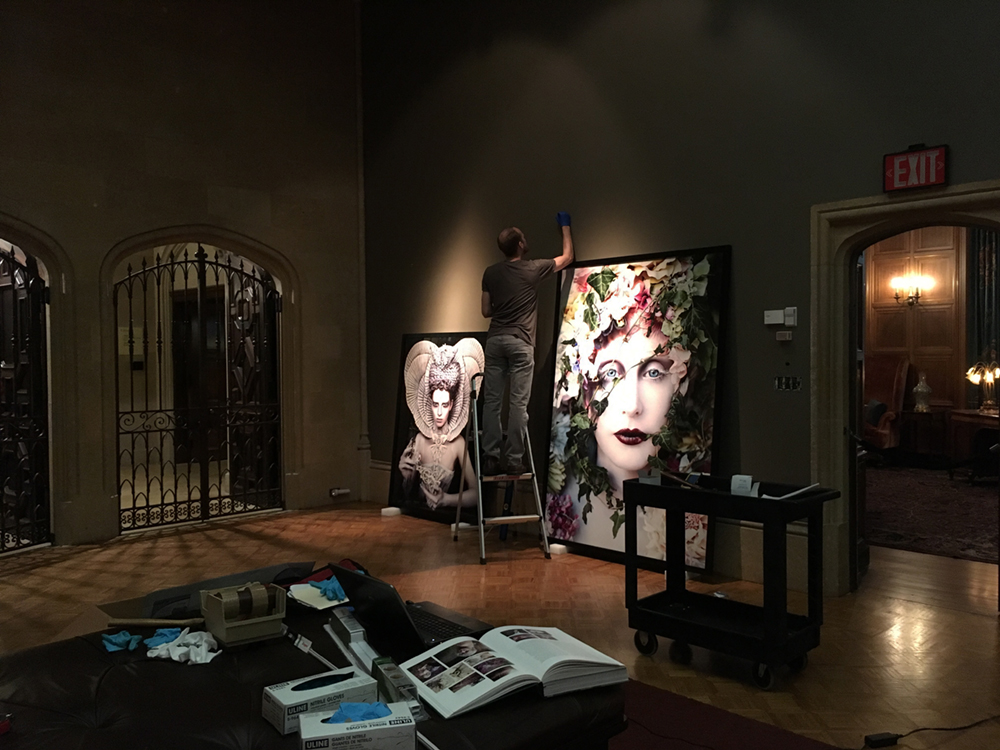 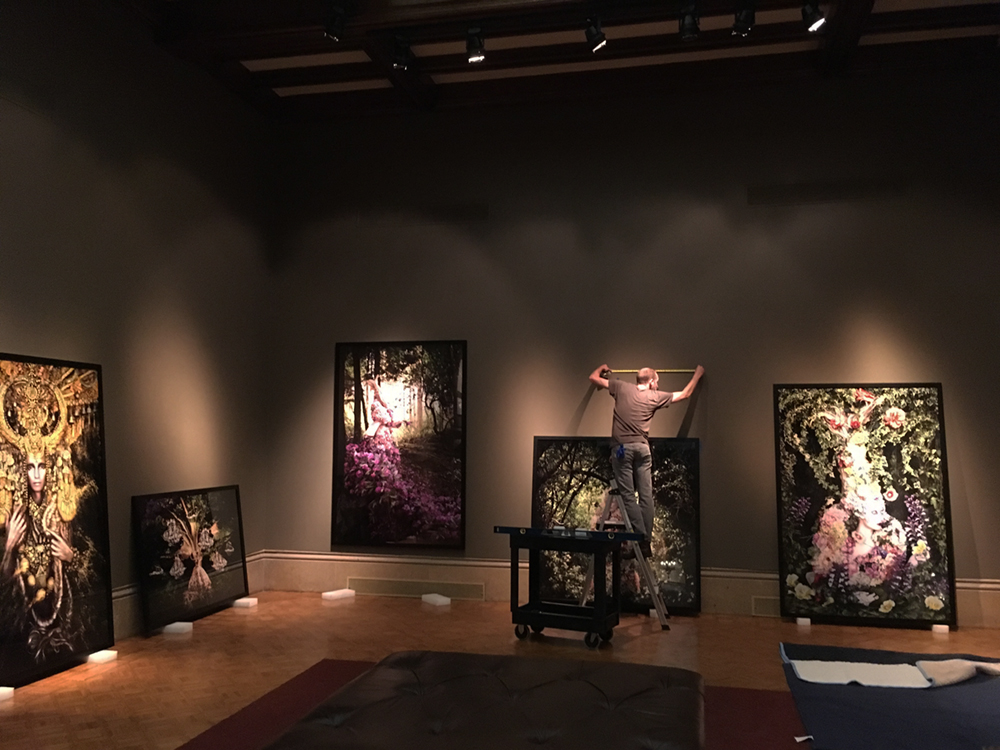 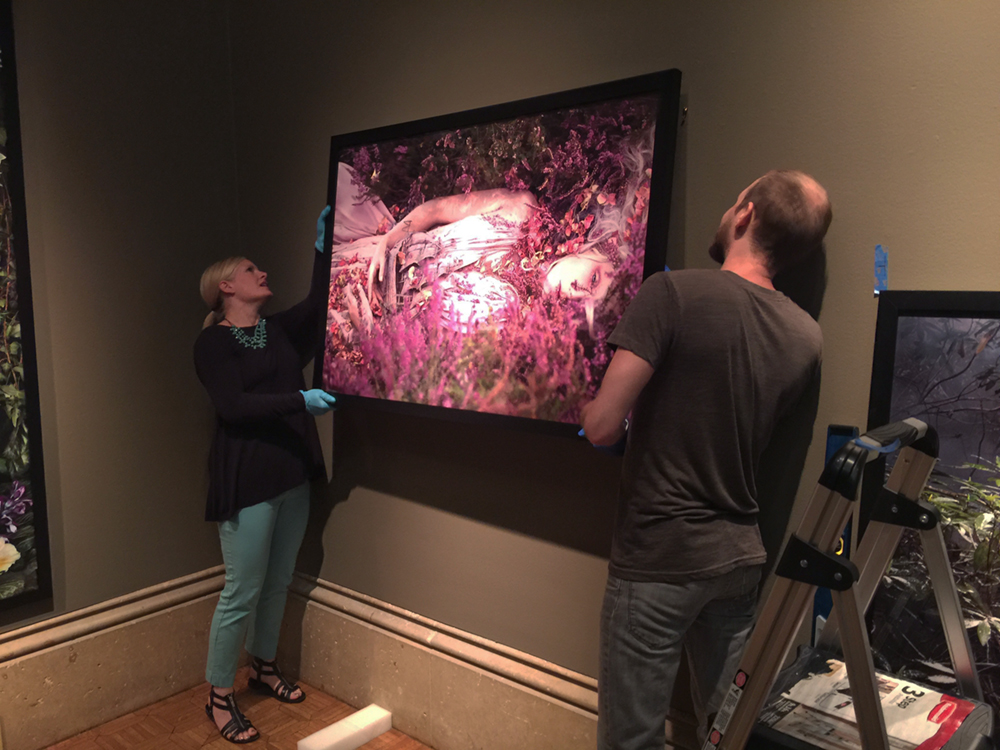 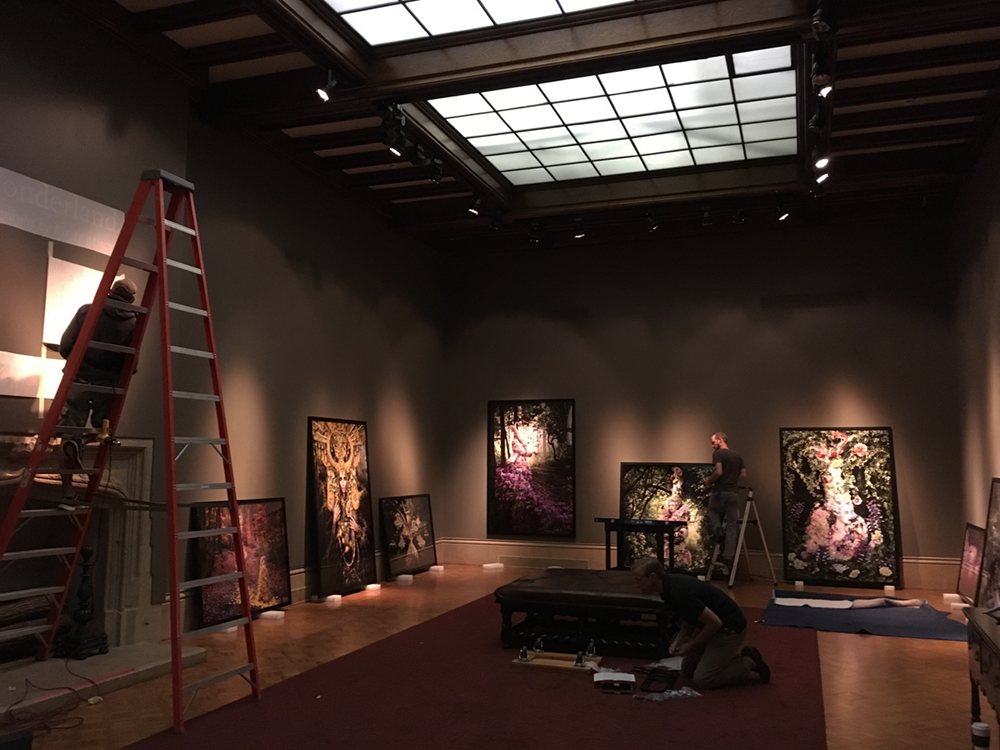 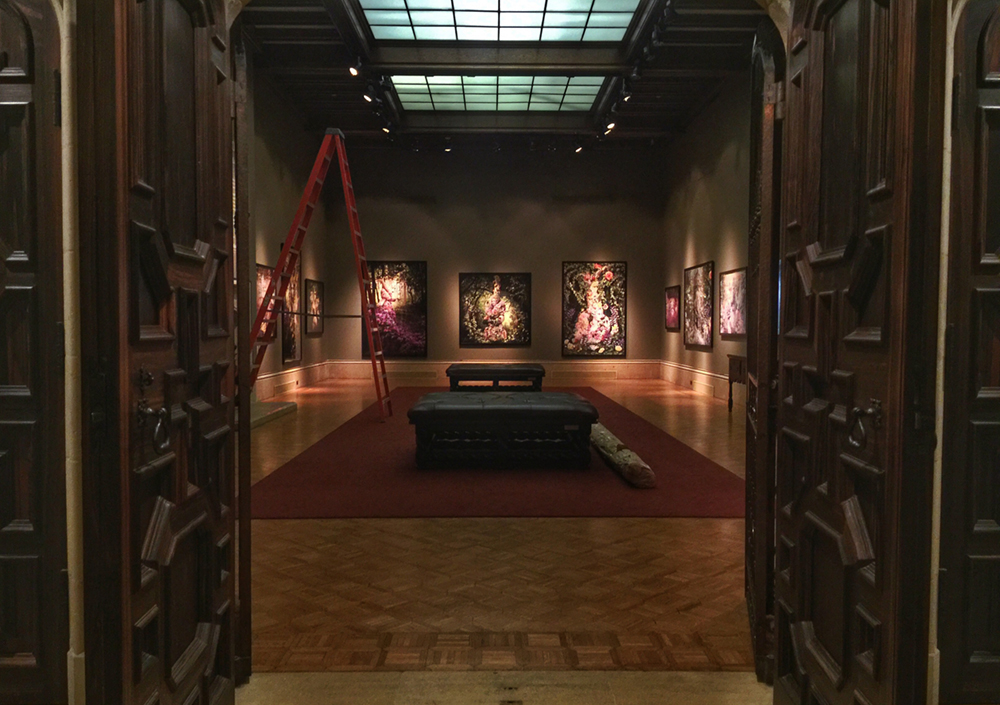 It is now a month since the doors opened and to my amazement people have travelled from all over the country, some even as far as California. I have received endless emotional emails from the public and museum staff about their reactions to the work, including photos of families standing beside their favourite pictures, clutching babies, different generations holding hands. The impact has been quite extraordinary and so has the demand for the show to travel to further states. It is early days, but it now seems the show will move on after it closes at the Paine on October 15th, unfortunately I cannot give any details yet until things are confirmed, but fingers crossed I’ll have some information soon. 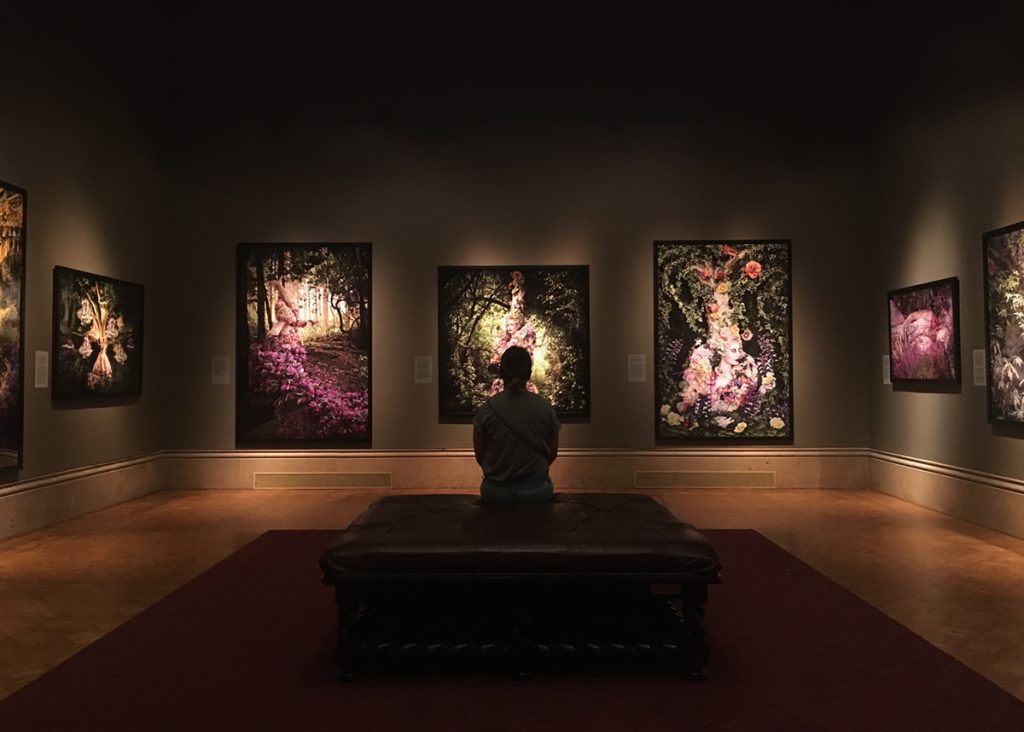 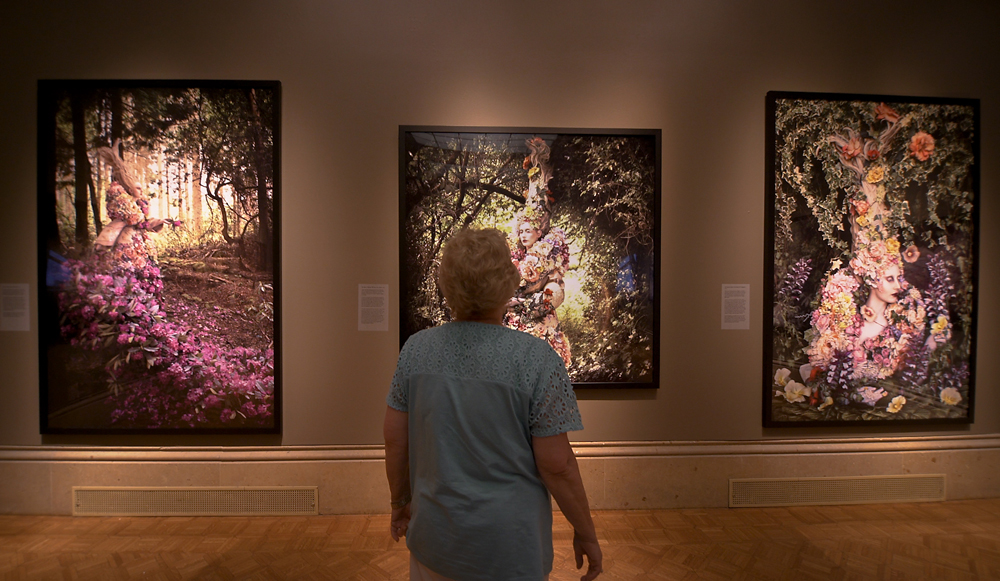 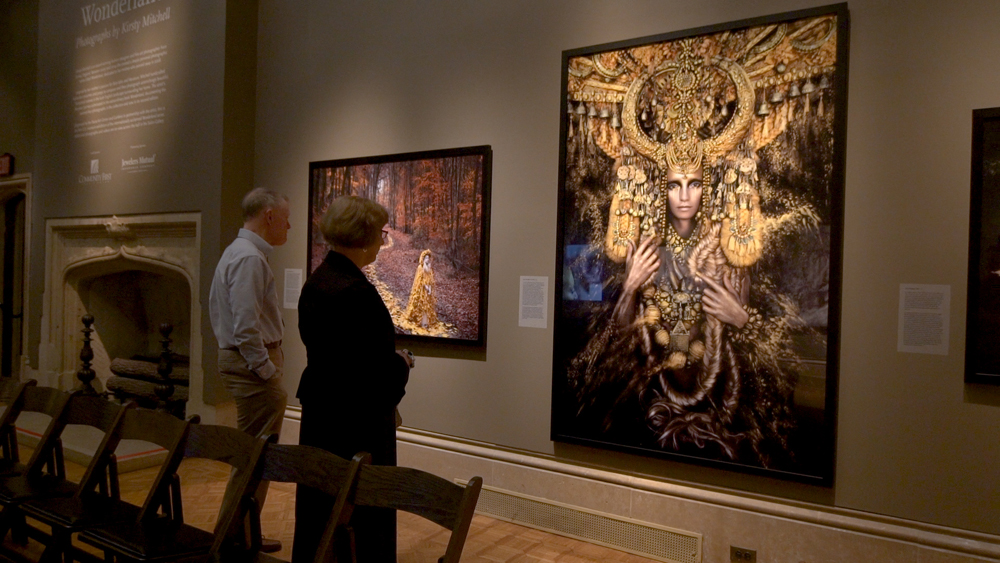 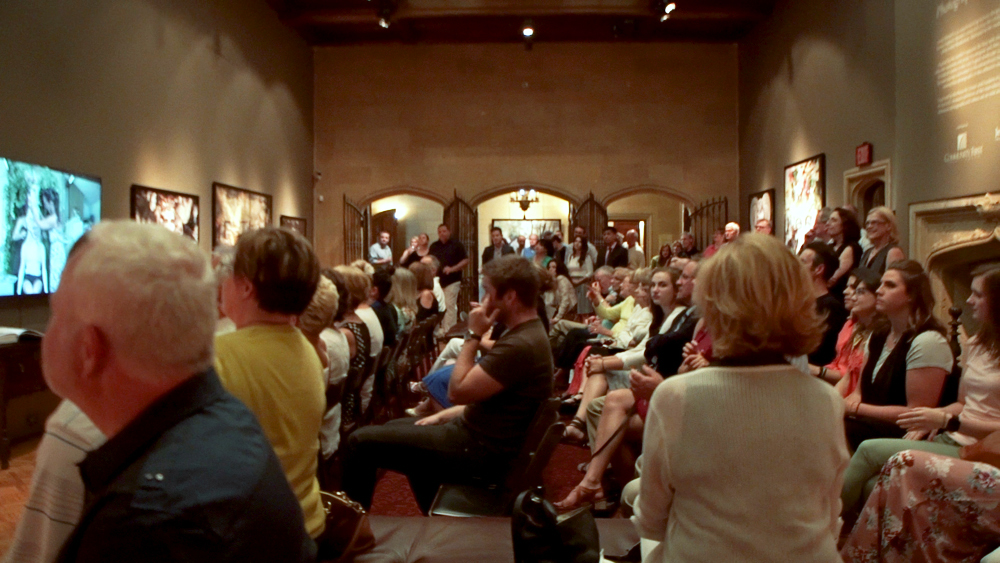 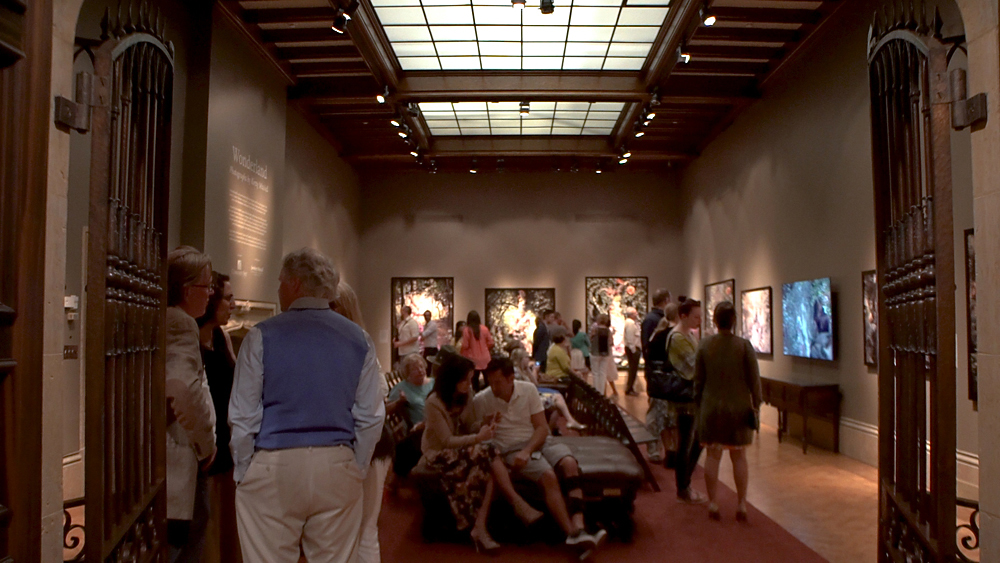 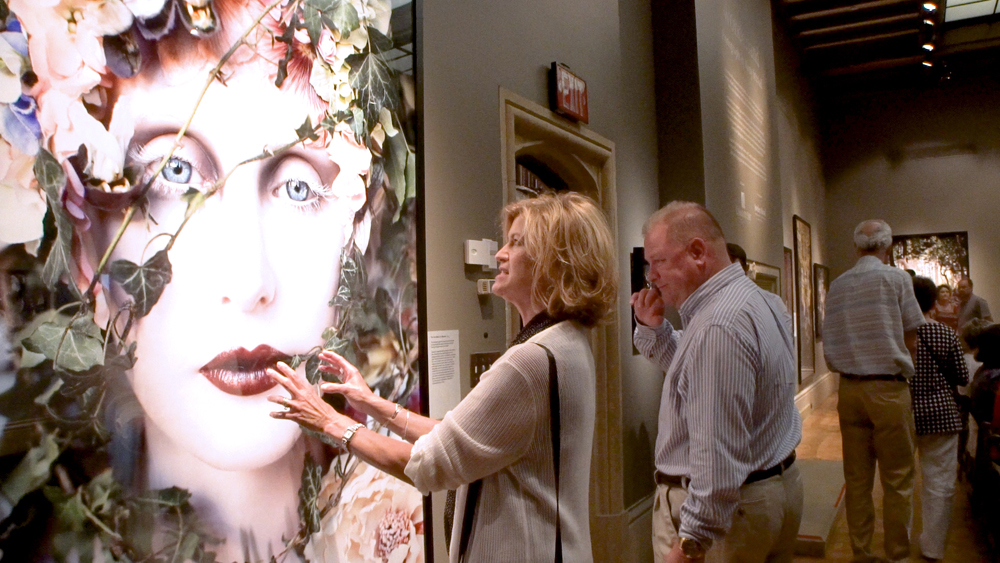 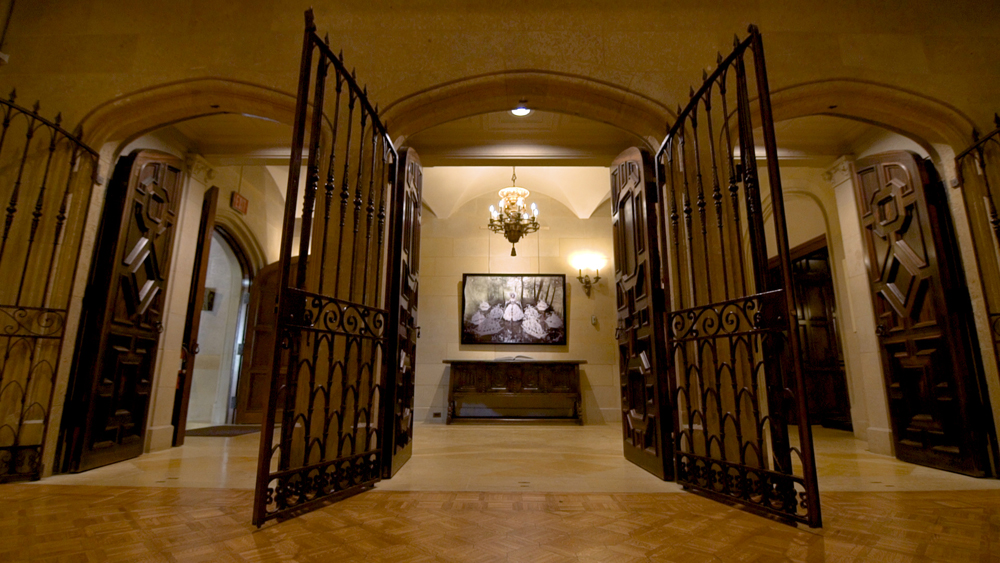 (we even have a billboard, and a sign literally the size of a house !) 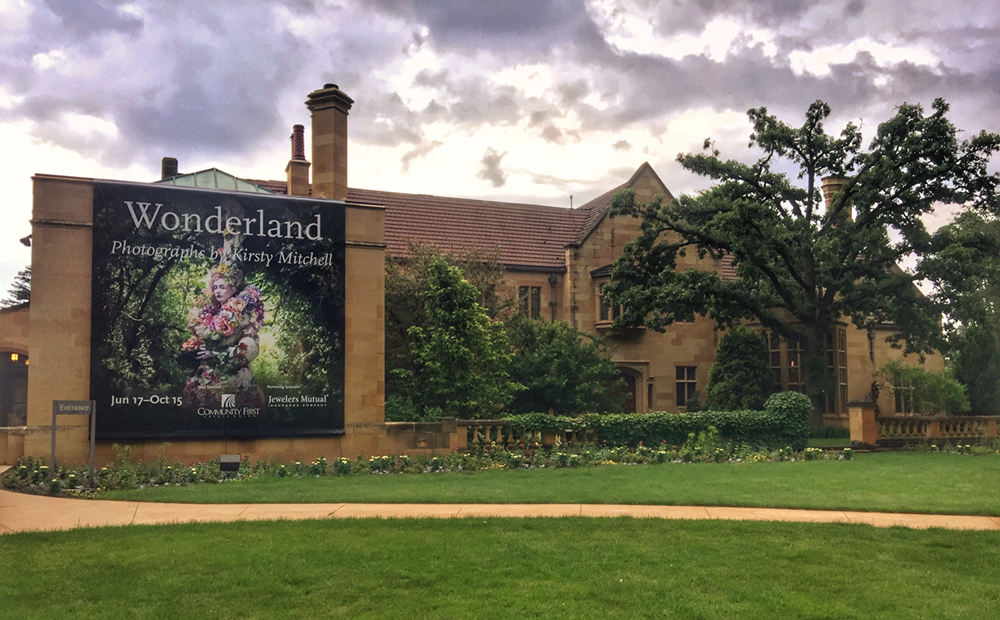 So this is my first very brief return to this diary. Really I just needed to learn how to start again and share with you my excitement for this show. I’ll write soon about my new life in a new house, with Finch who is now 19 months old and running circles around me every day 🙂 . I’m in the process of finishing off my home studio and will begin work on my new series in the coming weeks. I have so much to say about this new body of work I intend to make, it is truly quite overwhelming for me. I hardly know how to start to express what it means to me and how badly I have needed to reach this point….. but I’m almost there… finally.

For details about my visit to the Paine in September and to buy tickets for the book signing luncheon, please visit this link.
Special thanks to Devin Schiro for the beautiful film and photos of the opening night.

Finally if you are interested in purchasing any of the works you see in this entry, please visit the artwork enquiries page on this website.