A deeply personal journal of life behind the camera written by Kirsty.
Previous
Back to gallery
Next
8th August 2013

Becoming A Nikon Ambassador, and the ‘Photo Vogue’ Exhibition in Milan ! 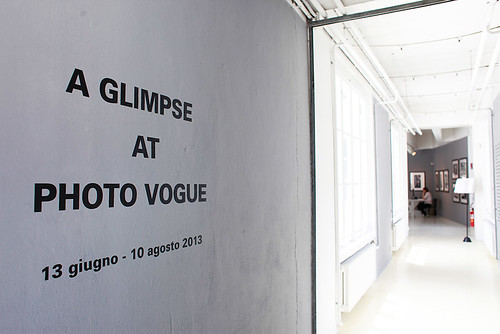 It’s been too long since I wrote, I know………… The opening of my Amsterdam show is already a distant memory, and I’m long overdue with writing about Milan. The last few months have been relentless, racing against the changing forecasts of an English summer, the days and weeks melting away, yet progress at times has felt strangely laboured and slow. The costumes have become more intricate, and my obsession with detail can be a curse, its true. However I’m at my happiest during this period of creation, wandering in woods in the early morning light, chasing sun paths, and timing sunsets. I’ve discovered new flowers, watched tadpoles grow inside one of my props, frequently fallen in deep mud and constantly pushed myself harder with each new shoot.  I feel alive, and like I’m learning more every day, and I suppose it’s the first time I have truly felt the freedom of being in charge of myself and my work. This feeling has become a glow inside me as I’ve sat in the woods, and remembered how badly I longed for this in my old life, adrenaline and anticipation are an addictive cocktail, and working like this is what I love best. 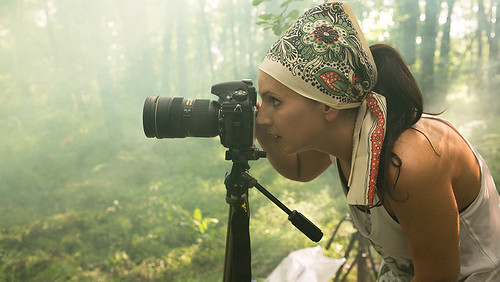 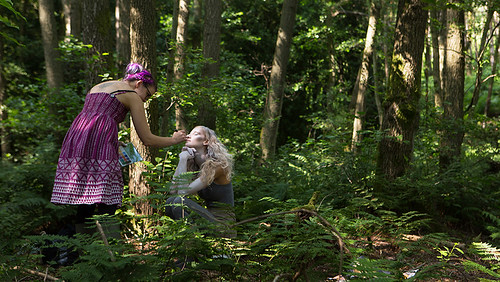 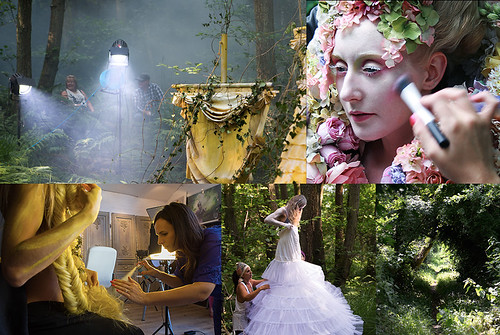 (Behind the scenes photos taken by Richard Wakefield of FX Media)

So now its August, and I have finally finished shooting the last of the Wonderland pictures, apart from one portrait which I deliberately plan to wait for, and savour the feeling of finality when its done. As always dear Elbie has been with me for every picture, but a whole new dimension has arrived with the work of a filmmaker  called Richard Wakefield who is capturing the shoots in a way I had never imagined. I guess his work is how I see my mother watching me, fleeting moments of us struggling, carrying props, the weather, the light, and then the unexplainable moment of capturing the picture. These pieces have become slowed fragments of breathing photos brought to life…. It’s been a fascinating new perspective for me, and one I cannot wait to share with you in the coming months. The footage shows exactly how it was to be with us, no pretence, and for that I am satisfied and proud. To be able to watch and relive my memories of shooting in sinking mud at twilight, or a hail storm in June, or simply to see myself hold the hand of one of my characters on screen is quite extraordinary, I only wish we had done this earlier. It has been pure joy, no sleep, and as always I am constantly reminded of my passion for the landscape. If only the summer would last longer, it feels like my body uncurls and is far stronger and alert when we are given the warmth and hours of daylight we are so robbed of the rest of the year in the UK. 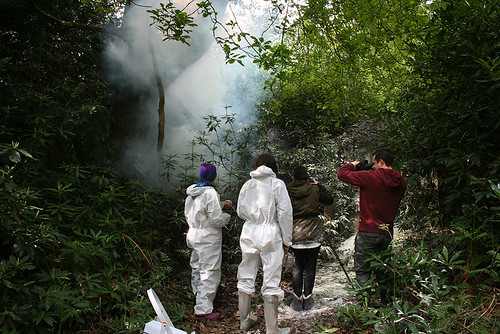 (We’ve been from one extreme to the other….  from snow to summer, all of it has been glorious)

But anyway, before I go any further I wanted to show you a couple of little ipad home videos. They’re really nothing much, just some rough footage I filmed at the opening of my solo Amsterdam show, and then at the Photo Vogue group show in Milan. I regret it’s not better, I was filled with good intentions but both evenings were frantic, and Vogue was so incredibly hot (34 degrees) I felt like I would faint. At least maybe for those of you who have never seen my work in real life, this will give you a tiny taste of how the pictures look outside of the computer screen at their intended size 🙂 .. its nothing much, but anyway I thought I’d share them (please also note the colours of the prints are desaturated by the video  unfortunately) ……..

So now I’ve caught up, the two things I have to write about today are both huge honours and ones I still have to pinch myself over. The first is a very special moment for me, one which I am still getting my head around, and that is the fact I have been announced as the first ever Nikon UK’s Fine Art Ambassador of Photography! This may appear quite out the blue, but actually began back in March when I was in Las Vegas for the [Framed] awards I was introduced to the Nikon US and Nikon CA professional services team. It started a chain of events that led me to meet the UK team, and in turn I was given the opportunity to trial the super resolution D800E camera for my new Wonderland pictures. The results were amazing, and as our relationship grew, by complete surprise I was called into the Nikon offices in June and asked if I would accept the role of Ambassador of Fine Art Photography, which was followed by the double whammy of me discovering I was also the first female photographer in the program. Afterwards I sat in the car park, fumbling for my phone to call my dad, it was so unexpected and means that I would finally be able to work with a far higher level of professional kit than I had ever used before….. It was a turning point for my photography, and one I am so incredibly grateful for. The news remained private for over a month, until on July 31st I gave my first Lecture in association with Nikon in Sloane Square, London.  The talk was originally meant to last 40 minutes with 30 places, but thanks to a rather overwhelming response by my dear facebook group, the event was mobbed with around 110 people with a large waiting list, and the talk was extended to an hour. I don’t have any proper pictures from the evening because to be honest I was doing my best to hide from cameras… but in truth, actually the below photo is probably the most significant as silly as it may seem. You see, inwardly I was on my knees that day; I was so exhausted I was shaking a little when I arrived at the venue. In the past two weeks I had shot 3 Wonderland pictures which had to be a world record for me. I was anxious and conscious of wanting to deliver something of worth for the people who had travelled to hear me speak. So to walk in the room and discover my name printed on the windows in large letters next to the Nikon logo took my breath away, and was really the defining realisation that this was in fact real. That night I met people of all ages and walks of life. Some had travelled for hours alone on trains to hear me speak, which was humbling and overwhelming; most people had been following the series for years and were so excited it was extremely moving for me. So I just wanted to say to anyone reading this who came to the event, thank you for your support, you were all so lovely, and your reactions to the work and personal stories really touched me and made me feel welcome. It was my first little hurdle, and over the coming year I will be giving more talks and interviews in association with Nikon, so having such a successful first event was a great feeling, and I’m looking forward to the next.
**I’ve also given my first interview about the relationship which can be read here

Second to all of the above Elbie and I went to the opening of the ‘A Glimpse at PhotoVogue’ show in Milan back on June 13th. It was so soon after the Amsterdam show opening we were still swept up in all the excitement and couldn’t wait to escape on another Wonderland adventure.

The show was once again an enormous honour for me, as the 25 artists who were chosen had been selected from a mind bending 55,000 photographers from around the world by Italian Vogue, a statistic that is still pretty hard for me to process. The weather in Milan was blissful, it was 34 degrees and it felt like the first time I had felt the sun on my skin in such a long time. The show was held at the prestigious Galleria Carla Sozzani, and the work on display was stunning as you can imagine. I guess the only shock for me was the size of my work, the exhibition was produced as a museum show, in other words the work was for display only, and was sized according to the shows requirements, not my actual limited edition range. So seeing it at such a small scale in comparison to my Amsterdam show was quite strange for me. I’m used to seeing my work printed at far bigger sizes, so it felt like all the detail was lost. However this was completely eclipsed by yet another warm welcome from Italian members of my facebook group! Honestly I feel so fondly towards the people who follow my work, everywhere I go there is a group of friendly faces and people excited about the project. So I spent most of the night in discussion with the followers, but was becoming more and more faint by the moment as the room was just unbearably hot. In the end it was just too much, and actually my dear friend Zemotion who had traveled from New York became really ill with the heat and had an allergic reaction to alcohol. So Elbie and I decided to return the next day and photograph the gallery in the cool with less people.
All in all it was a wonderful get away, Elbie and I walked the streets of Milan, happy as skylarks in the sun and ate pasta at 11am to the bewildered faces of the locals. We window shopped, people watched, drank wine and had some hilarious meals thanks to our misunderstanding of menus… and were so, so sad to come home. Milan is gorgeous and I want to go back…….. badly.

(Me standing next to ‘The Ghost Swift’ and ‘Gammelyn’s Daughter’ trying not to melt into an overheated puddle ! (34 degrees in the gallery) 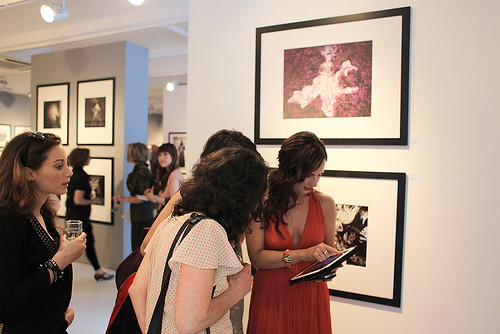 Last but not least I don’t usually write about press on my blog anymore, but this month I have been published in the extremely beautiful MIND magazine from China. It comes in four volumes and is truly a lovely thing to own. I had a 16 page feature with an interview and it  looks so beautiful I wanted to share it here. There is also talk of me possibly exhibiting with the magazines help in China next year, it’s early days, but fingers crossed……
So that’s my long overdue round up. The next time I write it will be to finally introduce the end of Wonderland. I just can’t believe its nearly here, four years of work …. what an incredible, utterly exhausting, thrilling journey it has been…… 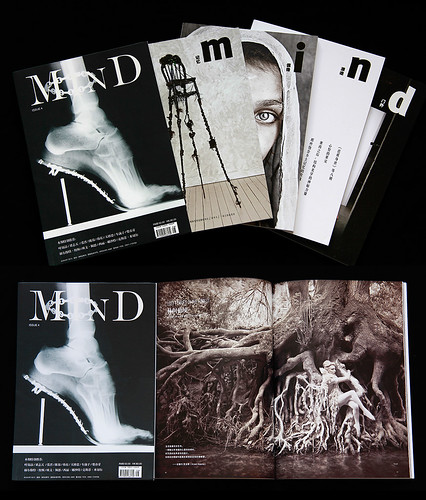 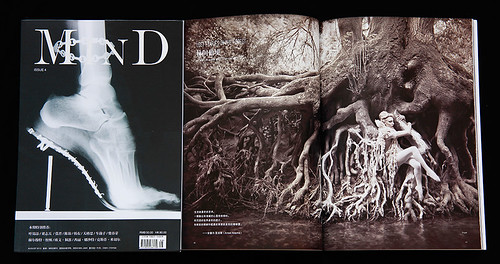 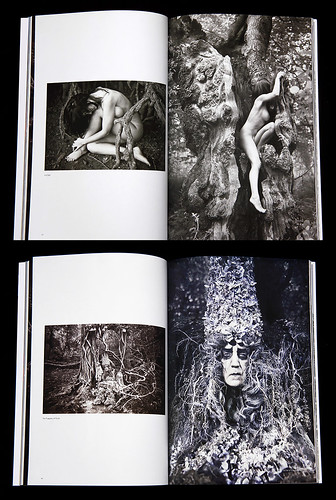 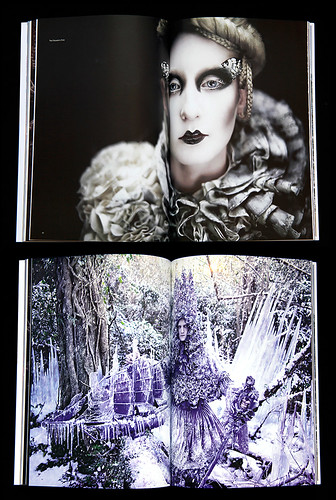