A deeply personal journal of life behind the camera written by Kirsty.
Previous
Back to gallery
Next
4th June 2013

Wonderland show opens in Amsterdam + Interview with the BBC News ! 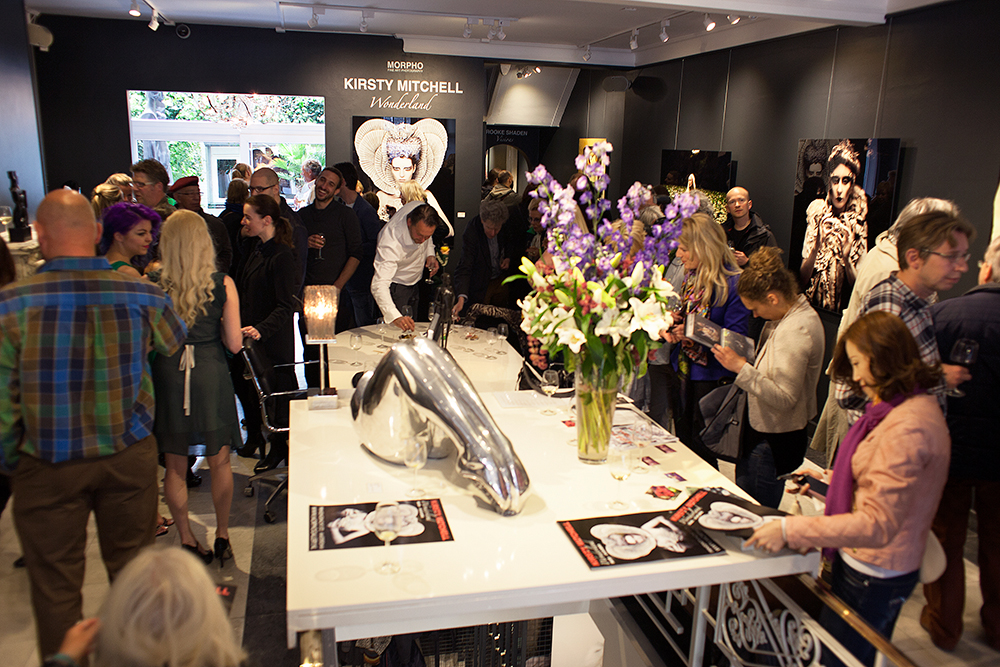 So its June the 3rd, one week since I left for Amsterdam and already I feel like it was a dream that didn’t really happen. The Wonderland show opened at 3pm Sunday 26th May at the Morren Gallery Prinsengracht 572, and even now looking at the photos it was like someone else was there in my body.  The hours that passed before we left involved me pacing the apartment whilst everyone else had gone out for the day to give me some space. I felt a little numb to be honest, mainly because just 2 days before I had shot an enormous picture as part of the ending of Wonderland, in front of the BBC News, and it had literally broken us all, it had been so much work.  The exhaustion and pressure from that day, coupled with a manic Friday trying to get everything together for the trip, and a last minute dash to the airport had left me detached from all that was happening around me. I was excited but strangely sad too ….. I missed my mum, wished she was with me, worried about how the gallery would look ….. if people would like the work.  I was twisted inside with too many emotions …. and was about to step into a room full of strangers who had traveled to see the pieces.

So I packed a bag with my camera, business cards, put on my new dress, and stepped into the cab, we were running late and people would already be arriving …. I felt sick.  As the car approached the gallery we began to recognise Wonderland posters in the windows of the shops in the streets. The White Queen had become the chosen icon for my work by the gallery, and was the face of the poster as well as the main wall when we arrived.
As I set foot into the space the nerves kicked in, but they were immediately crushed out of me by a giant bear hug from Eric Morren the owner of the gallery; followed a squeal and kiss from his beautiful wife Severine, who I already felt I knew from all our previous emails.  The gallery looked beautiful, freshly painted a rich dark grey that apparently matched the interior of the newly opened Rijksmuseum.  The pictures were lined up along the walls with a beautiful bouquet of flowers in a vase, and there at the back of the room, I saw my name painted in huge white letters hovering over the fixed stare of the White Queen.  In truth this was quite a moment for me, I’d never seen my name presented in a space like that and it finally began to sink in this was real. 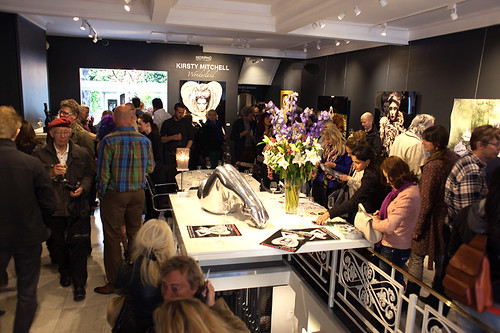 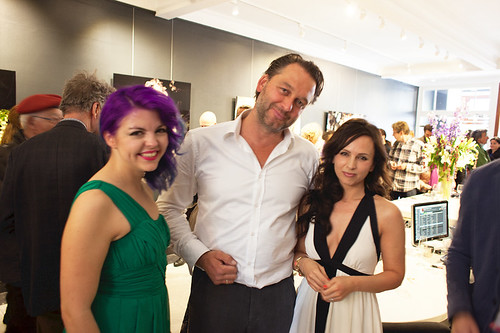 Eric opened the show with a beautiful speech he wrote in English, which was completely unexpected and genuinely moving. He spoke about how in life things can affect you in two ways – they can be good or bad. He said it is how you see throwing a stone into a lake. You can see that it sinks, or you can see that it effects everything around it, by breaking the surface of the water and sending out ripples that touch all who surround it. He said this is what my photography was, that I did not ‘sink’ after losing mum, and that my photography became the waves that reached out to so many people, and continue to grow and grow.  It’s probably the most beautiful analogy I have ever heard someone use to describe my personal experience and photography as one, and it left me a little dumbstruck inside.  However I managed to say some words without crying, and felt my mum with me for those few brief seconds. After that the hours just flew by, meeting people from all walks of life, many of whom had been following the series since it began. I was deeply humbled to speak to one woman who had flown from the UK for the opening; the show wasn’t huge so I quietly hoped she had felt it was worth the journey. So many feelings at once, happiness, relief, excitement. People were so kind, and my little photo book of behind the scenes seemed to go down really well with everyone, as I constantly had to explain that the scenes were real and really did exist in front of the camera! 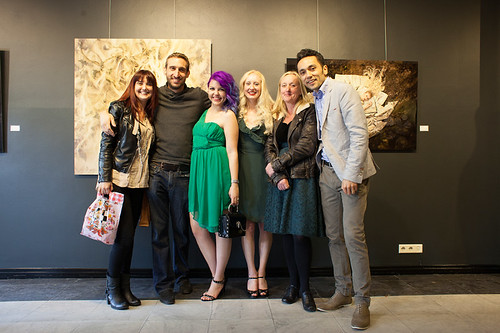 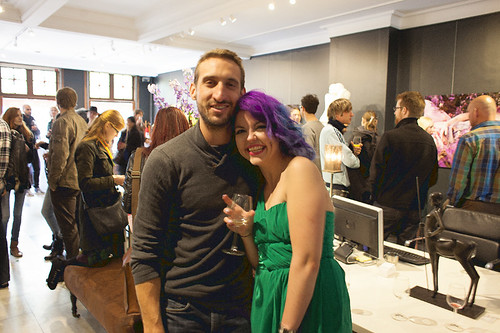 It was so wonderful to have our little Wonderland family together, Elbie and her husband Derek had come over as well as Katie my muse, her mum, my dear friend Sharon and my husband Matt.  The photos are so happy, for once I let go of my fear of being in front of the camera …. maybe it was the wine, the nervous excitement, or just the relief. I doubt many people on that day would have known what this had meant to me inside. The years of feeling completely lost, my grief, the pressure of leaving my entire career behind to do the ridiculous and ‘become an artist’.  To work everyday, 7 days a week, and pour my heart ….. my guts …… my soul….. in to every piece. It may sound dramatic of me but it is the truth, and I guess this is often why I become so overwhelmed when I try to speak about the series, and is largely why I try to write so openly in this diary. It’s where I vent and express how things truly are, and this is something I will never change.
So below are a selection of the pictures, there are too many to post here, so to see the rest please visit the album on my facebook page here.  I’m so grateful to everyone who came, the people who connected with the work and invested in pieces for themselves, the smiles, the hugs the support. It felt like the start of a new chapter, a thousand years away from the day it all began when I first stood shivering before my camera in a derelict French farmhouse, on Christmas day all those years ago.  There were people at the time who doubted me, and made me feel stupid for the way I needed to express myself, or saw it as a phase that would pass. So now, after all that has happened, losing mum, walking away from the life I once knew and pushing myself to this point, this feeling that I am finally breaking through… is one that is still fragile and new, but one I am so proud of……… this is me…… truly me, and Wonderland is all I have inside me to give.………………

(scroll down for the BBC) 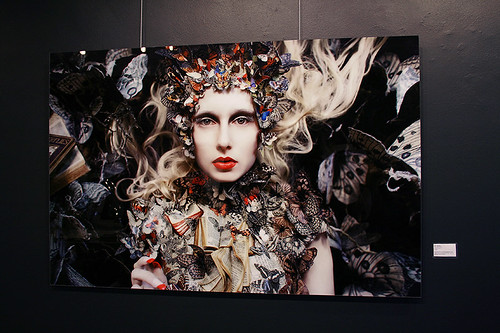 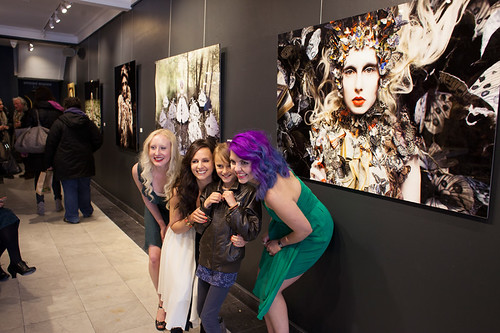 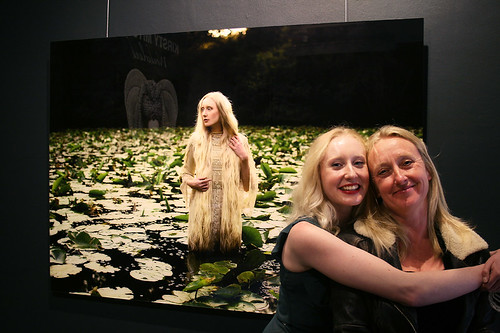 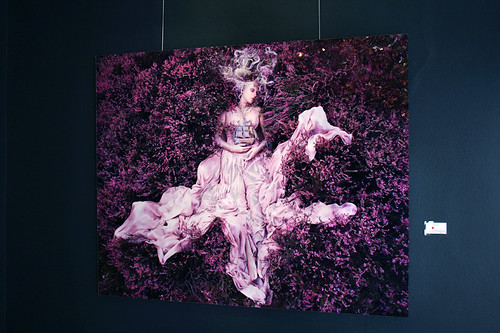 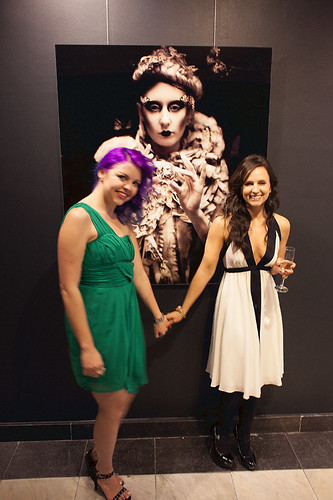 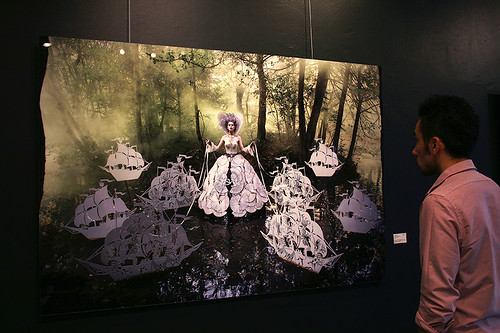 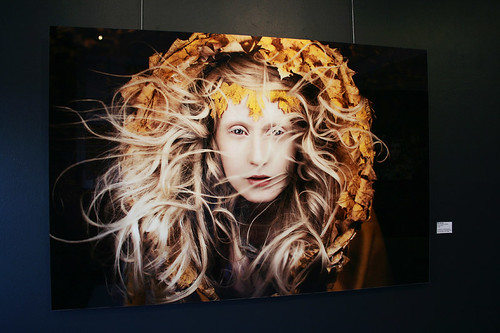 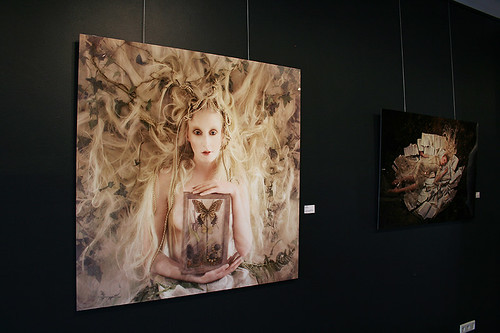 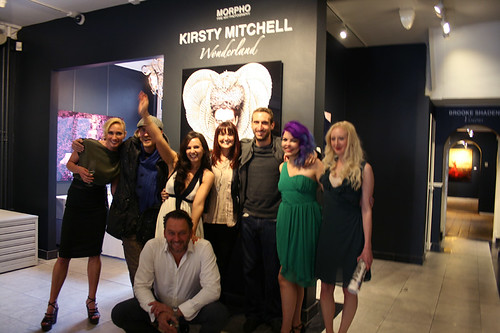 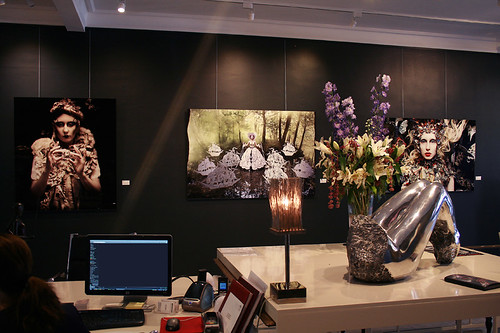 Well the BBC came to film us two days before we left for Amsterdam. It was probably the most impossible situation ever, as I had the exhibition coming up, the British weather was absolutely horrendous (as always) ….. and to top it all off I had been very kindly loaned an amazing new kit from Nikon for the shoot which I had no idea how to use ! (I have only ever shot with Canon before !!) . Its a long story how all these things came to be, but I had no choice as I had already cancelled the shoot once before due to bad weather and I knew if I cancelled again the BBC would lose interest. It was one of those ‘now or never’ moments and so I just gritted my teeth and set the date despite a ‘heavy rain’ forecast for the entire day. I wont talk too much about the picture because as you know I always keep the pictures secret until it is time for them to be shared, in fact this whole interview was a real dilemma for me because I didn’t want anyone to know what I was doing. So to allow part of the scene to be made public was a tricky situation for me. Obviously in the end having the honor of the BBC with us on the day was the priority, but even so …. I was in two minds about sharing this ! All I will say for now is that the day was simply incredible, and the picture … well I honestly think is could be one of the most hauntingly beautiful ones in the entire Wonderland series. The results are utterly incredible, and thanks to Nikon letting me use an amazing D800E the file size is enormous, which means the final limited edition prints will be the biggest in the collection to date. Everything you will see on the film was entirely hand made by me, the costume, and the huge magic door, before we arrived there was nothing but plants (and rain!) . On the day we battled for over 2.5 hours dragging the incredibly heavy set across rough woodland and down the steepest hill you can imagine, It was seriously hard labour. The scene involved 100 bags of flour, an artificial snow machine, a huge heavy frame that held the doors in position ….. mud, rain, blood, sweat and tears. I knew the forecast was terrible, so in the morning I made sure I put my mothers old engagement ring on for luck, and quietly pressed it against my lips in a prayer for sunshine …. somehow, someway …. we needed all the help we could get.
So I’ll leave it at that for now … as you will see in the film something extraordinary happened that day ….. out of nowhere after several rain showers and dark skies, the heavens broke, and the most ethereal magical light fell on us all. It still gives me goosebumps to write these words because all us felt it, and saw it. The chances of the light hitting the door at the very moment the BBC started filming when everything was in place, was just too bizarre. After we shot the scene shown on the film, the light changed again and suddenly the skies were black and heavy like night, and we left off smoke canons that filled the air with an eerie mist… it was simply breathtaking……
I’m desperate to tell you more, and will write all about the day, the preparations, the new camera and for the first time ever we even had a professional film maker capture the whole shoot, so this one is going to be huge. But for now I have to keep quiet until it is time to return with all the new pictures.
So here is the BBC clip, I’m trying not to die of embarrassment of the utterly bizarre photo they stuck on the main studio screen of my face !! (arughh  !!! why why why ? !! ) But I’ll have to just grin and bear it ! I was an exhausted wreck on the day, no sleep and terrified, I could barely look at the camera, but never mind =S !!!
So that’s all for now. Next stop is Milan on June 13th for the opening of the Photovogue show ! I will take some video footage of my travels and combine it with the video from the Amsterdam show so you can see both with your own eyes……  I promise 🙂