A deeply personal journal of life behind the camera written by Kirsty.
Previous
Back to gallery
Next
17th May 2013

Polish Harper’s Bazaar interview, and exhibiting in Amsterdam and Milan !

Where do I begin with this little diary entry? I’m sitting at home surrounded by pieces of test prints, framed photos, notes on bits of paper, and a head full of things to remember. Its chaos, but the kind of chaos I simply could never have imagined 4 years ago when Wonderland first started. Above these words is a picture of my interview with Polish Harper’s Bazaar that hit the shops yesterday. Harper’s Bazaar …. !!! I still have to pinch myself that this is real, I think it will only sink in when I finally receive the hard copy in my hands. It’s beyond anything I could have ever dreamed of for Wonderland, it’s surreal, and marvelous…. and pretty impossible for me to get my head around. The original version the magazine sent me actually had a third page, but I guess that the advertisers squashed me down, I’m just so grateful it made it to print !

So the other huge news that has happened for me is that completely out of the blue I received an email from Italian Vogue’s ‘PhotoVogue’ editor, to be told that I had been selected as one of 25 photographers from 55,000 (!) to be exhibited in a group show in Milan at Galleria Carla Sozzani called ‘A Glimpse at Photovogue’ . The show will be a follow on from the one I was in last year, but this time they have selected a much smaller number of artists and will present 4 pieces each, to allow people to get a better understanding of the photographers style and personality. I am so humbled and honored to have made this final selection, and even more thrilled to say that I am sharing this happiness with two dear friends who have also been chosen. One is the amazing Zemotion who I met in Las Vegas at the [Framed Awards] and the other is my dear friend Kate Scott who creates the most beautiful flower photographs I have ever seen. So I’ve decided to bite the bullet and fly out to Milan for the opening on June 13th ….. excited isn’t the word ! 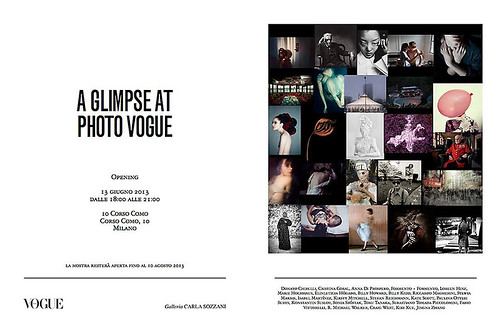 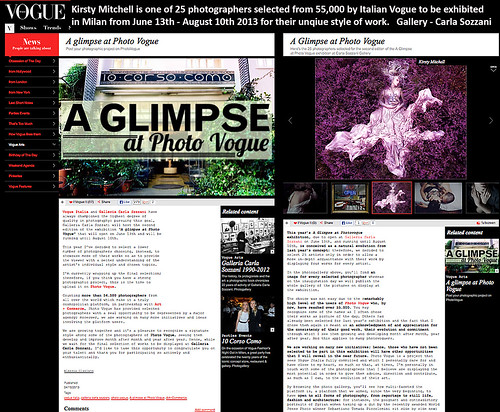 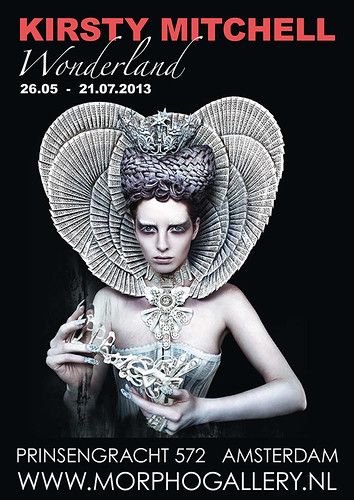 You knew it was coming already after my last diary entry, but this is the poster for my Amsterdam show which will be opening on the 26th of May in conjunction with Morpho Fine Art Photography Gallery . I have already had my debut with Morpho earlier this week at the Kunstrai art fair which opened on Wednesday (see pictures below) . The fair will be on until the 20th of May, and is showcasing some of my most popular pieces that will be part of the main show next week. All of these huge prints are on dibond at 140 – 150cm wide and there will only ever be 5 of these sizes available to buy (ever) so if you have been considering investing in one of the large limited editions, this may be the time to make contact as they will all be going to the exhibition after the 20th. 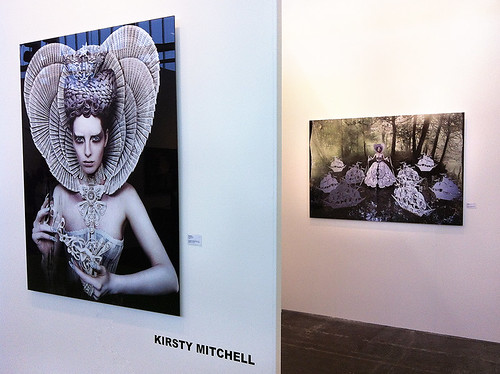 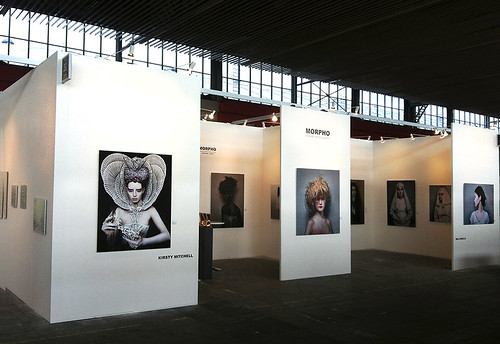 Also for those of you living near to London I will be showing a number of smaller pieces at The Hampstead Affordable Art Fair with the Mark Jason Gallery, which runs from the 13th-16th of June. 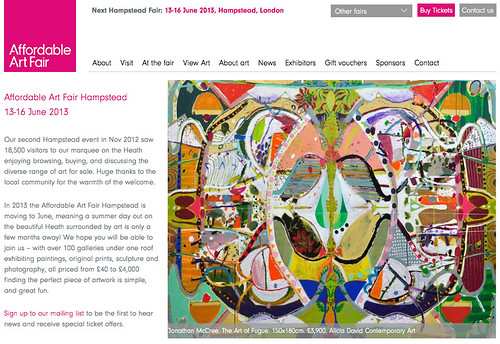 FINALLY …… next week I will be shooting the second to last (ever) Wonderland picture, and the BBC News are going to come and interview me on the set (gulp) . I have been working on the final seven pictures since February this year, but unfortunately I have had to shoot all the scenes in reverse due to the types of weather I need for the story. Its always so incredibly hard for me to see other photographers zooming ahead generating lots of new images, while I am locked away in my studio in my overalls covered in glue and paint working at what seems like a snails pace to everyone else ! But I promise you, it will be so worth the wait, everything feels so right, and so beautiful, emotionally and visually. I needed to give Wonderland a proper ending, and that has taken time to produce, so thank you for your patience and hanging on with me when there never seems to be much happening outwardly to you all. I will of course make a video of the BBC News for those of you in other countries to see. Part of me is excited, but the other part is nervous that it will inevitably show you one of the biggest scenes I have been working on and I don’t want to let the cat out the bag, but theres no way I could say no to the BBC, so I’ll just have to deal it !

So that’s my round up for now…. If you had told me four years ago I would include Harper’s Bazaar, Italian Vogue, my own exhibition in Amsterdam, and the BBC News in one diary entry, I would laugh, pull a face and call you a liar…..  I’m sure it will feel real soon, but right now it certainly doesn’t, that’s for sure ………….