A deeply personal journal of life behind the camera written by Kirsty.
Previous
Back to gallery
Next
9th March 2013 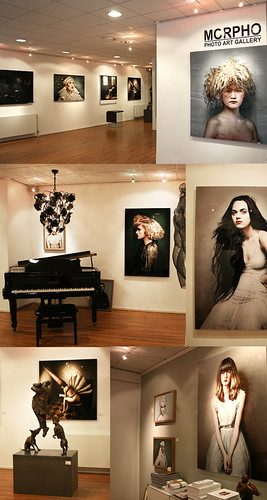 It’s been a long time since I’ve written a post that was simply about what is happening in my life and how things are changing for me. I always feel like I’m constantly chasing my tail playing catch up, and never have time to write in depth about some of the events that have been and gone over the last few months. The highs and lows have remained pretty extreme, but one thing I have come to terms with since leaving my fashion career behind, is that each new day can bring something completely expected, which pretty much sums up how January and February of 2013 have been for me……….

I have to start with the most important news, because this is something I am so happy about, I cannot type the words quick enough….. and that is to say I am now officially represented by The Morren Gallery of the Netherlands ! There are actually 4 galleries under their ownership and they have been established for over 20 years, exhibiting across the range in the arts from sculpture, to painting and now contemporary photography. Over the last year I have spent extensive time visiting galleries in London and Paris, as well as the world photography fairs like Paris Photo, Frieze etc. During which it became apparent that the two countries I most wanted to be represented in apart from the UK were the Netherlands and the US for their bolder approach to colour and scale.  So it was a wonderful surprise when I received an email from the Morren gallery about working together, and within 3 weeks I was on a plane to Amsterdam to meet them in person. To say that their galleries were beautiful is a huge understatement; we met in their main gallery in the city centre, and I also visited their brand new photography gallery ‘Morpho’ on Utrecht.  The interiors were some of the loveliest I have ever seen, and the owners Eric and Severine have been so warm, welcoming and excited about my work I instantly felt at home. To be honest it was like mum was there with me, nudging me with each new development …… it was exactly what I had been searching for, and I finally felt I had found the right place for Wonderland. I never expected such an immediate sense of connection, and had to pinch myself when I got home that night, there were no downsides, just a stunning gallery that loved my work and wanted a long-term relationship.
So I am now in the first stages of getting set up, and we are working together on presenting my work in the near future.  I will become part of their new artists collective of contemporary photographers know as ‘Morpho’ , which include the incredible duo Billy & Hell’s whose work is breathtaking and so powerful in real life. It looks like I will be introduced by the gallery at an art fair in the Netherlands at the end of April, and we are currently discussing my debut solo show in Amsterdam for the end of May. I will of course keep you all updated as things get finalised … so this is truly happy news, there is a lot to look forward to ! 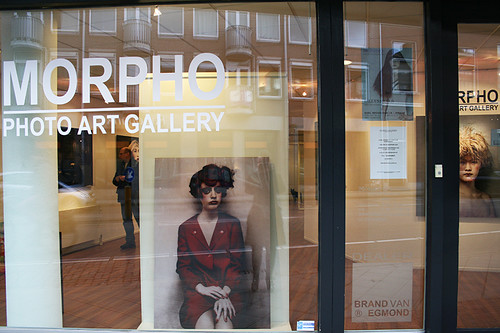 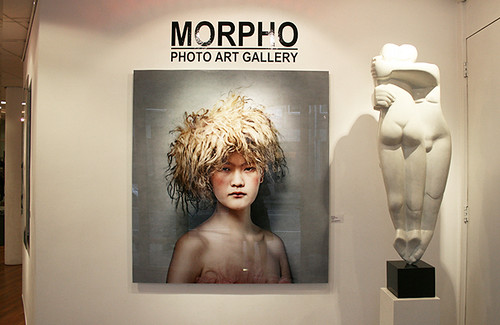 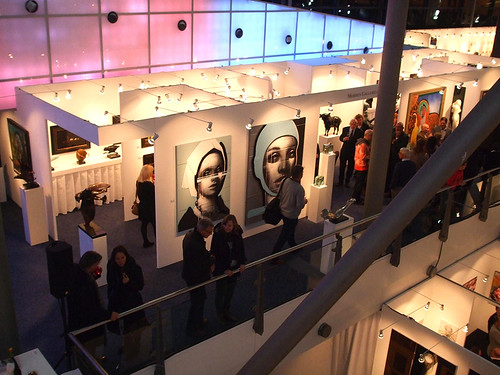 Secondly although I don’t tend to write about individual press anymore, two major features have happened for me that are also the stuff of dreams. My picture ‘The Ghost Swift’ was printed in Italian Vogue this month, and was also included in Chinese Harper’s Bazaar ‘ART’ magazine as one of their top favourite artworks of 2012!!  There’s not much I can write to express what both of these mean to me, sometimes I find it hard to believe how far Wonderland is reaching and the people that are noticing it. To think I made these costumes in my kitchen and it all started as a little dream, just doesn’t match up with seeing the results printed on those pages. I’m honoured, and can’t really write what I feel, but trust me there’s a little me squealing and tap dancing around my head right now 🙂 !

Whilst I am talking about Vogue, it makes sense I finally write about the fact I exhibited my photograph ‘Lady of The Lake’ with them in Milan last summer. Those of you on my facebook page will know this as old news, but so much was happening at the time I never got round to writing it down in this blog. Crazy I know…. but anyway, better later than never!  Basically Vogue Italia selected 101 photographers from around the world from over 60,000 submissions to be in a group show presenting the best work from their ‘PhotoVogue’ online platform. I was sadly unable to attend the show as I was working on my solo show in London at the time, but here are a few little pictures from the event.

Finally I have a mish mash of a few other pieces to mention. The first thing is that back in December last year I was honoured to be approached by Dulux to become a judge for their brand new inaugural ‘Let’s Colour’ awards for the strong use of colour in my photography. It was a complete surprise but they asked me to join their impressive panel of industry experts in nominating individuals for their contribution to colour across the board from fashion to product design, textiles and art. The category I was responsible for was ‘The Colour Moment of the Year’ which involved researching major public events that brought colour into the lives of the general public on a grand scale in 2012. Obviously with the Olympics happening the spectacular opening ceremony had to be in my top three (which was the winner), although I have to say I had an incredibly soft spot for my personal favourite which was the moment the British invention of the Xyloband was brought to life in a spectacular burst of energy at the Coldplay live stadium tours last year. I felt the way it heightened the crowds experience of sound and colour together was an incredible multi sensory moment using British technology for a British band. It still gives me goosebumps every time I watch the video, and the personal back story of how it all happened I found especially inspiring.  I also got my teeth in the fashion category and was rather ‘vocal’ :-/ (oops)  during the judging day session we had in December about wanting my favourites ‘Sister’ by Sibling to win for their amazing designs, so I was really happy to see them win. It was a wonderful opportunity to be involved with such a vibrant event, and last week everyone came together for the award ceremony hosted by the amazing Hilary Alexander at the London Fashion and Textile museum, here’s a few pictures from the night … 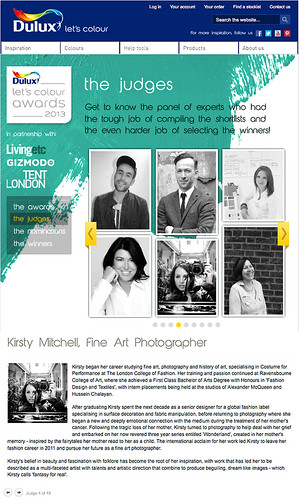 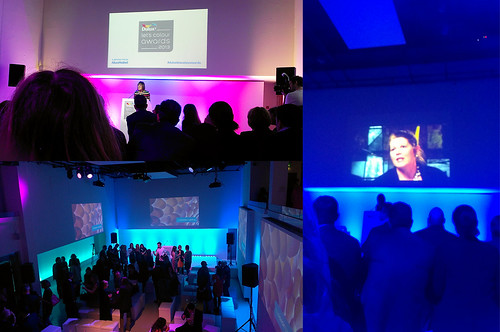 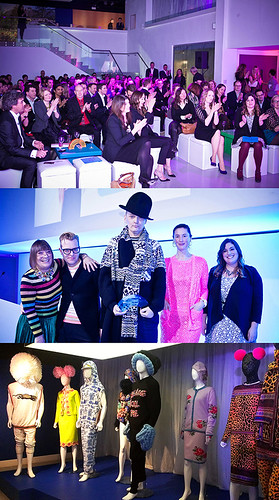 Secondly I have done an absolutely huge interview (6000 words!!) with the US photography website Phlearn. I thought it was worth mentioning as it’s the first in-depth one I have done in over a year, and if you have time you might be interested in reading it ( although make sure you are in a comfy chair!)

Next up  is the very exciting news that after 4 years of making all my costumes and props in my back garden and kitchen, it looks like life is about to change quite dramatically for me. Hopefully within the next month I will be moving into my very own studio/workshop! I can’t even begin to explain what it will be like to be able to build my props in a proper space, it would change everything for me, and it looks like it will be going ahead soon! Here’s a picture of the space, everything is still at the paper work stage right now but I cant wait to get my hands on this amazing room and fill it with crazy stuff !!  …………. 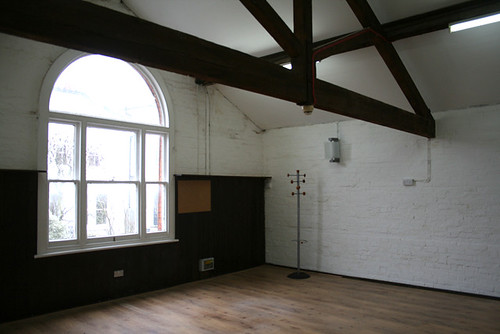 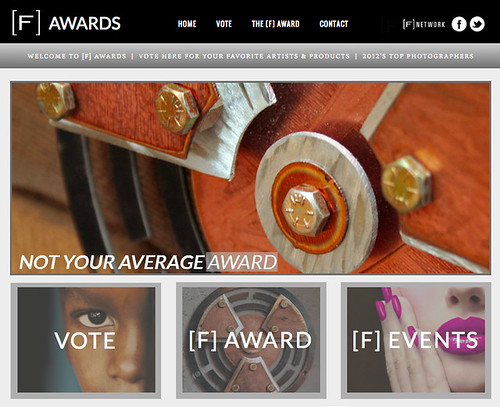 Well, I had to leave this to the end because can’t believe I’m writing these words…………. it is absolute madness on my part, but then again it will be a story to tell the grandkids in years to come I’m sure.!! Tomorrow I’ll be getting on a plane to Las Vegas for just 2 crazy days.  I’ve decided to fly to the US for the Framed Awards night seeing as I’m nominated for 3 of the catergories. I was being ‘gently harassed’ 🙂  by my friend Von Wong, to join him on the night being held at the MGM skylofts in Vegas, when I remembered that buried under all my junk from being a fashion designer I had over 10 years of air miles from business trips to Hong Kong. After digging them out I discovered I could get a return flight for silly money, and so I held my breath and booked my ticket.
I’ve never been to America before, and its a bit crazy I’m going for just two nights, BUT If Wonderland did win anything, this would be a pretty wild tale to tell.
So I’ll leave you with that …. I’ll keep my facebook page updated with any development while I’m there …. So for now please cross your fingers and toes with me and lets hope I bring something home !!!!!!!!!!  x