A deeply personal journal of life behind the camera written by Kirsty.
Previous
Back to gallery
Next
9th January 2011

Press update and some special news……..

I’ve been meaning to post a new press update for a while so here goes….

First of all I have to start with Lola magazine (above)…. this is a bit of a special moment for me, it’s still not sinking in, and I guess it won’t until I physically hold the hard copy in my hands, but here it is …..my first ever picture in a serious major publication! Lola magazine is from Brazil, and yes that’s GISELE on the cover (yikes!), its a high end fashion magazine aimed at affluent 30+ women. They contacted me in November last year and I did a small interview and gave them 3 of the Wonderland pictures. The spread was originally going to be a double page, but due to advertising needing more space the rest was lost I’m sad to say. But none the less, I’m still thrilled…. its a beautiful, big full page shot…. I can’t stop looking at it !

Secondly I did an interview with Brazilian photography magazine – Fotografia DG you can see the interview here if you can speak the language! – (click) 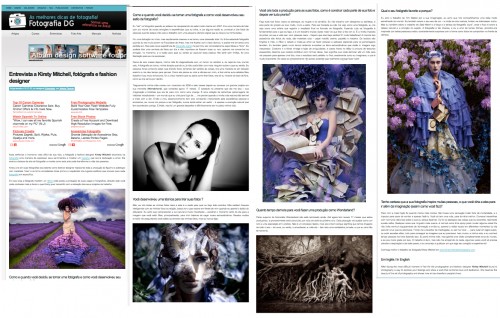 Also I’m so, so, excited to say that Wonderland has just this moment been featured on a seriously big blog for me….. Its for the amazing, unbelievably cool  ‘Fault’ magazine (Whooah !!)   (click)

Next (I can’t believe I’m writing this either) But Wonderland has been featured on the Chinese world news website Xinhuanet.com this week as well ! It is the equivalent to the BBC world service or CNN. The site has 800 million hits a day! I woke up to an email from them asking my permission … and nearly fainted! This is the link to the feature – (click) 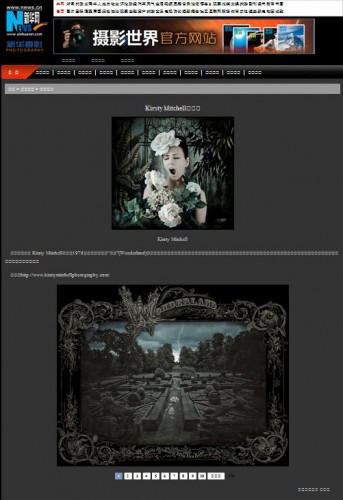 As well as all of this, the other huge piece of news that is very significant for myself, and the future of this project, is that just under a month ago I was approached by the founder of the arts collective ‘Universka’ Caterina Lo Mascolo . My work had been spotted by one of its members who happens to be one of the most famous Cirque Du Soleil performers in the world Stéphan Choinière. The collective is a group of artists that cross all disciplines from photography to performance art, to fashion, costume and set design. They often collaborate to create award winning pieces that have been shown around the world, and…I’m very excited to say (and a bit nervous) that I have now been officially added to the group.
The chance to work with some of the Cirque Du Soleil artists is an absolute dream come true for me,… they have always been a huge inspiration ever since I first saw them over 15 years ago. It means I now have some real support with what I am trying so hard to achieve…. there have already been some discussions about how this could affect the final Wonderland exhibition and its all a bit overwhelming for me…… I guess I just have to see what happens……… Heres the link for the Collective – (click)

So that’s all for now, I’m shooting again this week and am already making new costumes…. so much to do, but excited as always x