A deeply personal journal of life behind the camera written by Kirsty.
Previous
Back to gallery
Next
9th November 2010

Wonderland – ‘An Oceans of Tales, until the Shores of Home’ 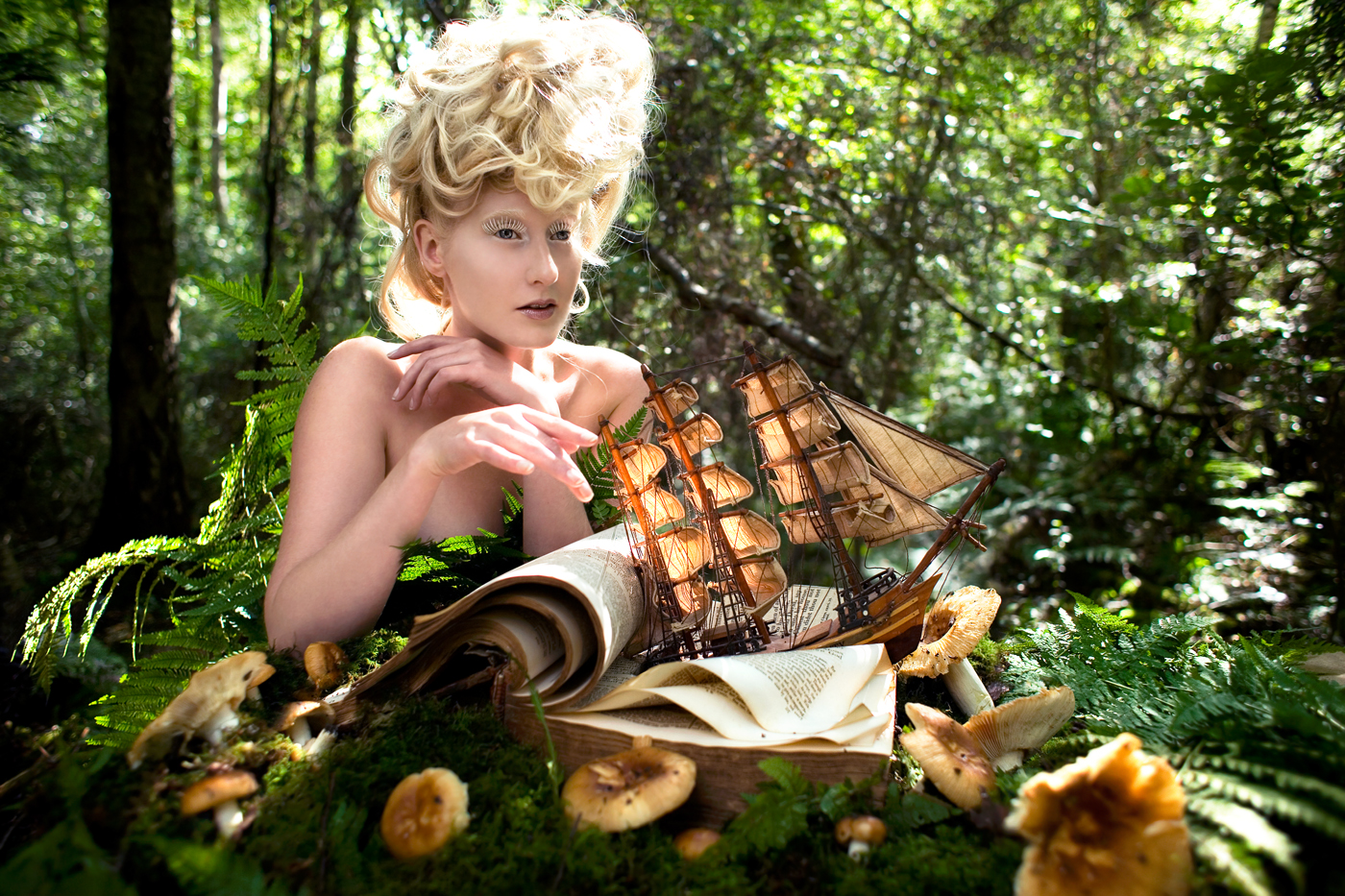 ‘An Ocean of Tales, until the Shores of Home’

It has been well over a year now since this project began, and it is fair to say in the early days I wasn’t entirely sure where it was all headed. The pictures were a need for me to escape more than anything else, and although they each have their own meanings and relevance they weren’t always linked. I guess I’m slowly realizing this is not simply a phase I’m going through, and that also these photos have become so much more than just a stream of subconscious memories and dreams. This picture marks a shift, a small beginning within the Wonderland series, I’m feeling determined and like I have a sense of direction for the very first time. This little ship will lead us on a voyage through many places and is a metaphor for the journey I see ahead. All I will say is that this picture has been brewing in my head for 2 months before we finally shot it, and I’m so thrilled with how it came out.

It only took an hour to complete, It was effortless, and taken on the same wonderful morning I shot ‘Wild Thing’ just after the dawn.
The four of us had been awake since 4am and were by now completely wired, the day was turning into an endurance test and it was only 10am. It was the last real day of summer and I had decided it was ‘now or never’ for cramming in all the ideas I had left that required the warm weather.  This was our second location, second hair and make-up change, and I had another 3 planned before sunset, it was chaos, but glorious chaos.

I started making the model a few weeks before after finding the galleon ship in an old antique shop, and already had the giant book left over from ‘The Storyteller’ shoot. The boat had set off a string of ideas in my head, and after days of guilt I decided I simply had to cut into the book to achieve the look I was after. It was 250 years old, and I know some people won’t understand this choice, but at all times with the project I have tried my hardest to make sure nothing is faked in Photoshop. I use my editing to polish and retouch a picture, never to composite and invent elements that weren’t there. This prop was pivotal to the direction of the story, and so after much inner wrestling, I bit my lip and sliced deep though the yellowed pages. I will say that now it is done, it looks incredibly precious in real life, and that I know I will have it on display in my house forever. It’s like owning a little piece of magic and brings new life to two forgotten and discarded elements, so I was satisfied it was necessary. 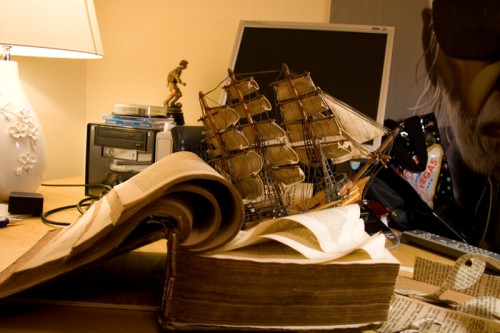 I wanted the boat to appear as if it was sailing out from the heart of the book, a storm brewing, the ship coming to life with the pages becoming the waves. I asked Elbie to echo this by giving Katie ‘storm cloud hair’ and that is exactly what she did! The waves and curls are subtle, but echoed the mood of the paper sea, I was thrilled with the results. 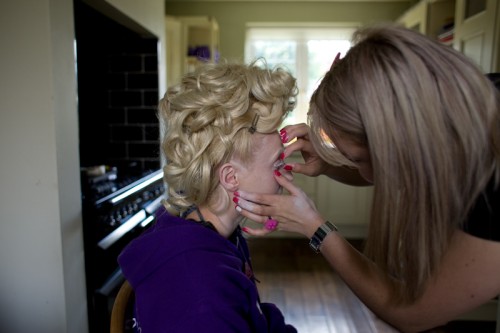 Our location was an abandoned nature reserve left to grow wild, the trees and plants had woven themselves together to create entire walls of solid green it was quite extraordinary to walk through. In parts the sun managed to break through the dense curtain, creating great streams of golden light, and this is exactly where we set up the scene. It was all very low budget and simple, I bought a decorators table from a DIY store, a hand held torch, a stool and some gardening tools. We placed the table directly in a pool of light, and cut large chunks of moss and mushrooms from the forest floor. I set the book on the table and arranged our cuttings around it. We positioned Katie on a stool next to the table, and pinned ferns around her naked body. It was instantly so magical, the liquid gold of the morning sun naturally lit up her hair and the sails of the boat, it gave me goose bumps. Finally, Elbie shone the torch at the point where Katie’s fingers touched the sails of the boat to give it an added spark, and then we were ready to shoot. I loved every minute, it was so simple yet so surreal and otherworldly. The warmth of the sun and the rich sweet smell of the woods enveloped our tiny set as we laughed and adjusted toadstools and moss between takes. It was such a delight, such a relief from the usual pressures, and in the end I insisted we all took a turn at having our photo taken next to our mini fairy world too just for laughs 🙂