A deeply personal journal of life behind the camera written by Kirsty.
Previous
Back to gallery
Next
16th May 2010

Well I did it, I finally found my limit….. the hard way. For weeks everyone I know has been telling me to slow down, but I couldn’t. I’ve been designing our Christmas collection at work, which is my busiest time of year, and I did the biggest hardest shoot of my life last weekend. I have been working around the clock on both – genuinely, without a moment to breathe. No birthday for me, just prop making, dress designing (it’s been endless). I’ve been meeting with fine art printers, and the website is 99% ready for launch. The big shoot was on Sunday the 9th of May, and then I flew to China on business the next day……….

…….And now, I’m flying home early in agony with stress-induced gastritis. I broke. My body gave up…..

I have a lot to write about how things have been, and will do so when the new shots are ready. I think they are the best I have ever taken, but they are a bitter pill to swallow. It was the first time I have ever had someone give up on a shoot, which was an extremely difficult situation to handle. Especially when you are surrounded by props and costumes that have taken weeks of hard work, time, and money to produce. In short it was a lesson learned,and from now on we will be meeting all the people involved with the shoots first, as it is just too stressful to deal with on the day. Wonderland is not the exactly an easy world to create, and with that comes unusual locations, and some rather more demanding situations……. which is arguably what makes the pictures so special. Anyway I can’t wait to share them as once again they seem to have taken another step up on the last lot. This time we shot in two incredible locations bursting with wild natural colour, and there is a return to a more beautiful enchanted mood…. I just wish we had more time to experiment further with them. I may go back soon with Katie as I know that girl is a human supernova and will do anything to create something magical.

So for now, I’m packing. My boss and all the wonderful people I work with have been so incredibly kind, I feel so humbled. From the moment I flew to Hong Kong I was pretty much in agony, with waves of stomach cramps coming and going throughout the whole flight. It carried on over the first few days, and finally came to a head one night in China when I was alone and genuinely really scared. I don’t think I’ve ever been so frightened, Matt was in Spain, and it was only then, when I was in a desperate panic that it dawned on me….I realized I couldn’t call my mum…. because…. she wasn’t there anymore……….

So I sat in bed and cried all night watching the clock go from 2 to 3 to 4, it was horrible. In the morning I was taken back to Hong Kong to my friends doctor and was tested properly. This has happened to me before, I collapsed last March, but in the UK nobody seemed to listen and just told me to rest, so for once it was a huge comfort to be taken seriously.
The doctors said I have stress-induced gastritis, I have been given 5 lots of pills and told to rest, and so for once I’m going to do as I’ve been told.  So I’m getting on a plane, I can’t wait to go home to Georgie my giant fluffy cat, and hopefully eat something without everything hurting.

On a lighter note though, I thought I’d upload this. Its pretty weird for me to see, but while I was out here I was contacted by a German branch of the world famous Saatchi and Saatchi advertising company. They had used my photos to make a proposal for a German beauty range and wanted to know if I would license the pictures to them. It totally threw me, as they had seemed to have worked it all out, and their meeting was in 3 days time! In the end I said no, because I felt it would devalue the pictures when I finally start selling them as limited editions. But even so it was nice / weird / interesting that such a massive commercial giant would want to use my work!

And finally ……. Because of all of this drama, im stopping shooting for a while. I have load of pictures to catch up on with my editing so new work will be coming very soon… I really want to catch up and start loving this again, not feeling dragged down by all the pressure. Very excited about the last shoot… cant wait to get them finished ! 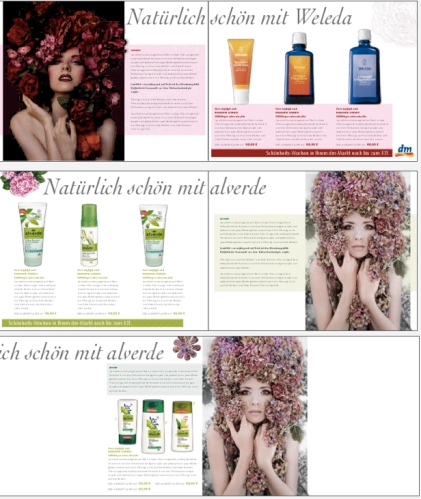