A deeply personal journal of life behind the camera written by Kirsty.
Previous
Back to gallery
Next
21st September 2008 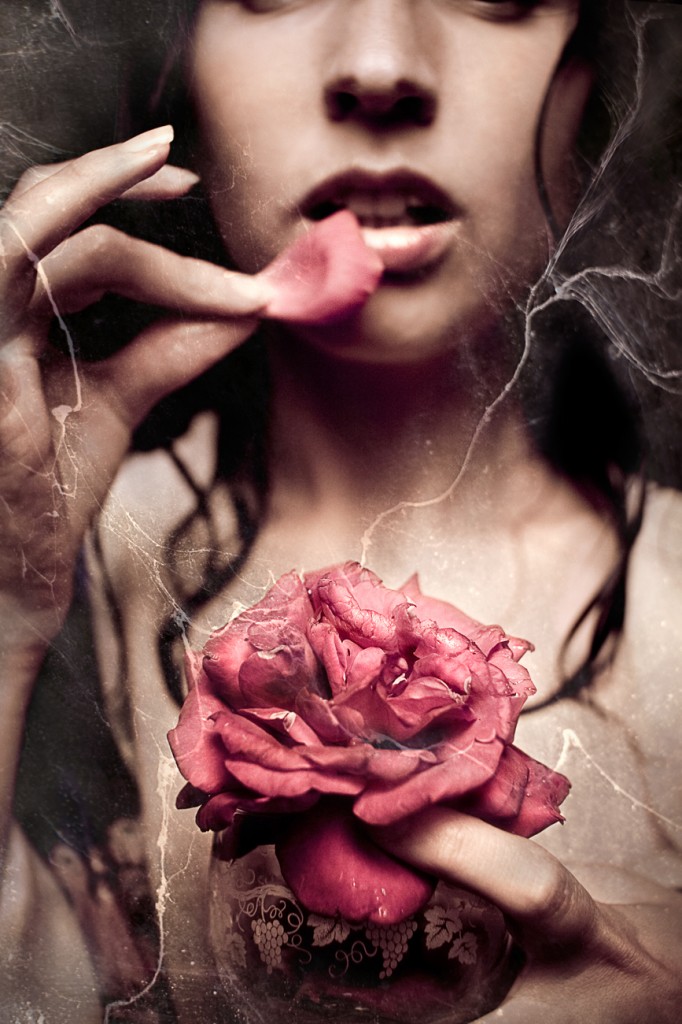 To be honest I don’t know where to begin with this diary entry. For so long I have kept silent about what has really been happening in my life, that these pages have become quieter and shorter as the weeks have rolled by.

I have still been writing, but in an old pink notepad that I have kept by my side as things have slowly slid from bad to worse. Pages of scribbles, underlined, crossed out and stained with tears, crushed in my bag… a sorry looking testament for some of the most important words I’ll ever write. You see, I was told she was dying…. my mother was dying.
I remember how my fathers voice broke as his words fell through the receiver of my mobile, smashing to the floor and mixing with the tears that were now streaming down my face. ‘A few weeks left’ he had said quietly, maybe a couple of months at best.

So there was nothing left to do, I flew to France and prepared to face the horror that awaited me in a small blue and white room, in the corner of a small town hospital, far away from everyone she had touched and loved her whole life.

Writing this now I know what it is to be numb, ….to be detached and unable to speak even though the body is willing, and the words are forming their shapes across my lips. I sat on a hard plastic chair and stared into her pale wild eyes. She had changed so much I could barely catch my breath, her face was swollen from the drugs, her skin was still so delicate but the features were diluted by this new foreign mask. She looked so old, her hands shook as she reached out at nothing, whilst tiny black curls of her hair fell away from her scalp and slowly collected in the creases of the pillow.

None of it seemed real, since arriving I wasn’t able to cry, I could only make a strange noise that was a mix of a shout and shake bursting from the pit of my stomach. I spoke to my father as though nothing was wrong; I sat in the garden avoiding discussions on the inevitable mess that loomed ahead. This wasn’t what I had planned, the superhero daughter fixing everyone’s grief… instead she (for it couldn’t be me?) became remote and detached, an ‘automaton girl’. I ignored my phone, ignored my friends, avoided eye contact and hid at the bottom of the field under the trees. I should have been washing up, or helping my father vent his pain, let him cry on my shoulder….. something.

All I could see were snap shots of her in my minds eye, cinematic slices of her best moments – teaching the children in her class, running around the playground laughing, floating in her rubber ring in their new swimming pool (she never learned to swim). France had been her retirement dream, her big adventure. In the first weeks of arriving she wrote to me, to say she would master the language, embrace the culture, and we as a family would spend long happy summers under the apple trees, until grand children arrived and then she would return to England and read to them like she did to me for all those years….

Now I know the true meaning of being lost, how it feels to be empty, to walk through nightmares and feel nothing. I sat and looked at my family, and wondered what will happen to us? Will we come together, or will we separate – each of us a living memory of her? I had dreamt of this my whole life, one of my greatest fears and now it was here, and all I wanted to do was run away and hide, and bury my face in my hands.

She was brought home ‘to die,’ by the hospital and slowly we found our way. Between us we fed her, broke up her pills and washed her poor fragile limbs. The nurses came late every day and so each morning brought a new experience I never thought I could ever get through. I washed her hair and it came out in my hands… I got in her bed and held her while they gave her the injections, and she cried so much.

After a week I had to leave, we had no idea how long she had left and so once again I found myself in another airport, passing through another metal detector, eyes glazed as I waited for my jacket and shoes to follow me in their plastic trays. The weeks were strange, I would slip between reality and dreams, sometimes being normal for days at a time, and others I would just sit on the bus crying hysterically surrounded by uncomfortable strangers. But the weeks became a month, slowly….. she began to come around. None of us could understand how but she began to speak, and eat a little more with everyday. She could sit up, and eventually could be lowered into a wheelchair. She was fighting……she was winning.

It is now 2 months, since I first stood in the corridor of the hospital and prayed that she would last more than the month the doctors had just given her to live. I returned for another week and this time I was able to sit beside her in the autumn sun on the back terrace of their house and talk to her as we always had done. She knew who I was, she was lucid again and eating more than me. She told me about the hallucinations she had seen during those dark early days, I had never dreamed I would be able to have more time with her…..

So this was the beginning of my new set of pictures…. ‘Le Jardin de ma Mere’ . In truth the series was about escape, although my time at my mothers was more than I ever could have dreamed of, there was still so much sadness that hung in every corner of the house. She was in a great deal of pain and refused to look in the mirrors because she knew all her hair had gone. She was unable to stand or walk, and her sight had not returned to how it had once been.

So I ran away…..into my dreams – the nearest and most accessible place when the real world is too much to bear. I had packed my tripod and remote and so began making my alternative existence in the shade of her garden. I spent hours running around the house with birdcages and flowers, kimonos and bedsteads. Everything was staged, nothing was real. I filled wheelbarrows with rotting apples and pinned paper flowers to the trees, the whole time she laughed as I raced past with the latest prop. In the evenings I would show her what I had done on my laptop – it was a relief to talk about something other than the cancer that crept through her brain. It was a place to forget, ‘Le Jardin de ma Mere’ was my twilight universe where there were no tumours or doctors – just a place to wash it all away.

I left on a Friday and returned to a cold wet September, the days felt short and dark and so I worked all weekend to finish the shots. I loved them all because of the memories they gave me, but the most significant has to be the final one. It was an unexpected addition I made after finishing the original 7 (one for every day I was with her) It was my way of accepting my return to reality – the end of the dream. There was nothing left to hide behind, it was my first proper nude, it had to be because it was about being raw, who I truly was, stripped of the bright colours and costumes. This was about coming back to real life, the sadness I felt for her…. black and white ….. the remains of the flowers from her garden dissolving around me. I cried when I finished it because it was reality starring me back in the face – the truth.

So this is where I am…. 2 months of avoiding the subject recouped. This is what has really been going on and I’m glad I finally wrote it all down. Sometimes I almost forget this diary is public because I never seek others to read it, its just a link on my Flickr profile and nothing more. I write it for my sanity and sometimes to explain why I take my photos. I guess it’s a release, my therapy and some people might find it an uncomfortable read, but I made myself a promise back in that derelict house on Christmas day when it all started- that I would do this, no matter how good or bad the memories were. 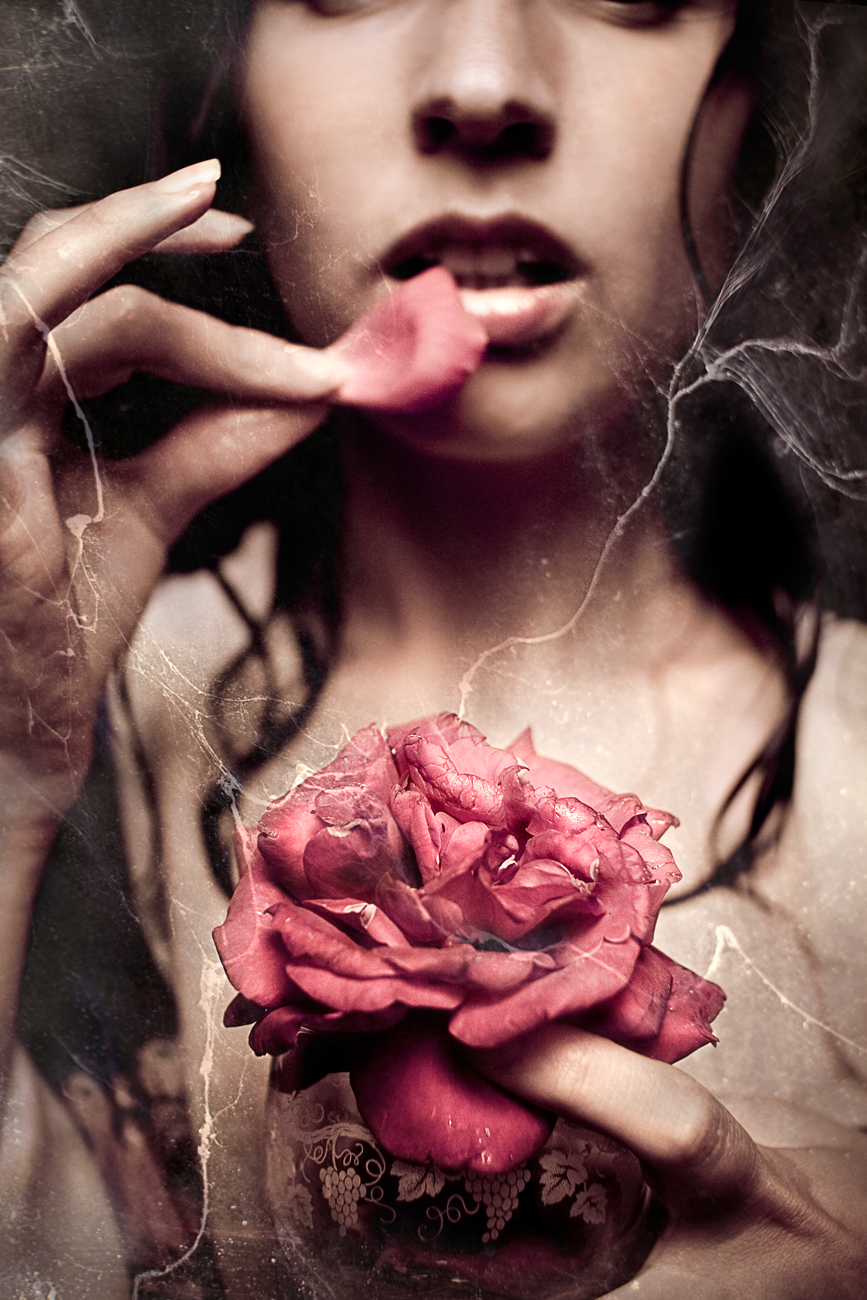 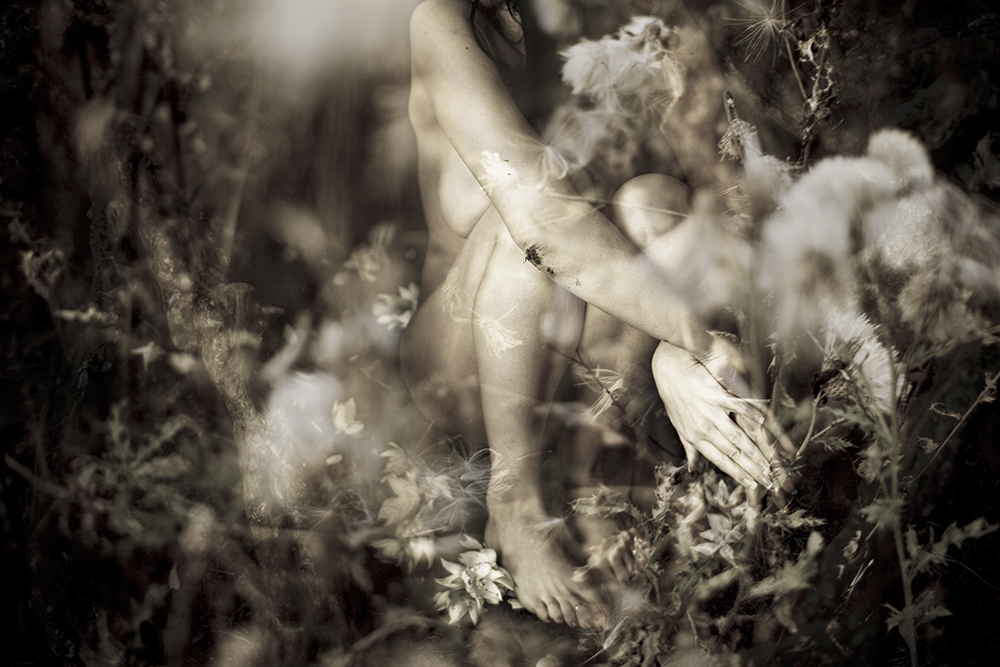 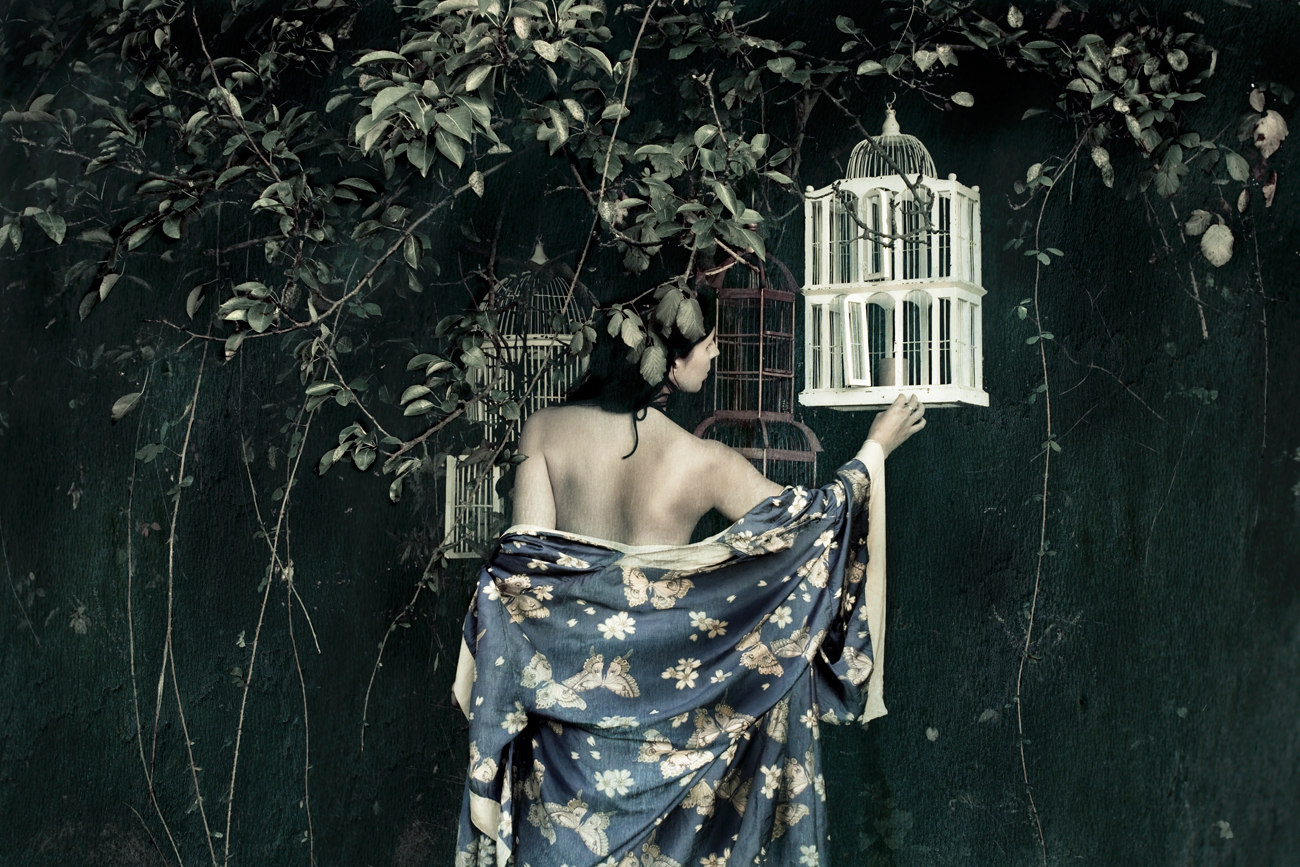 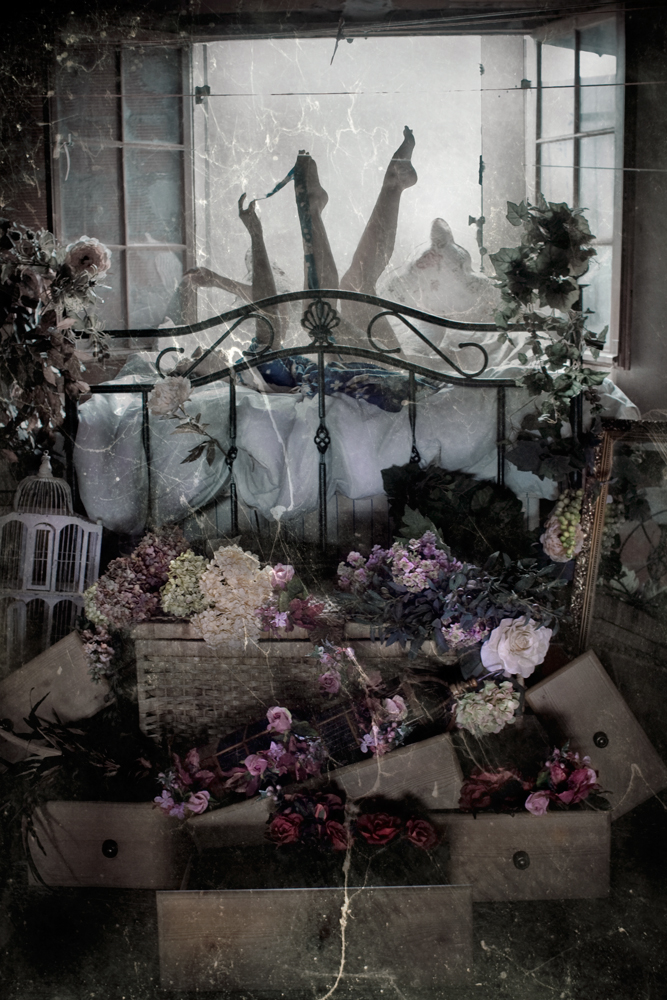 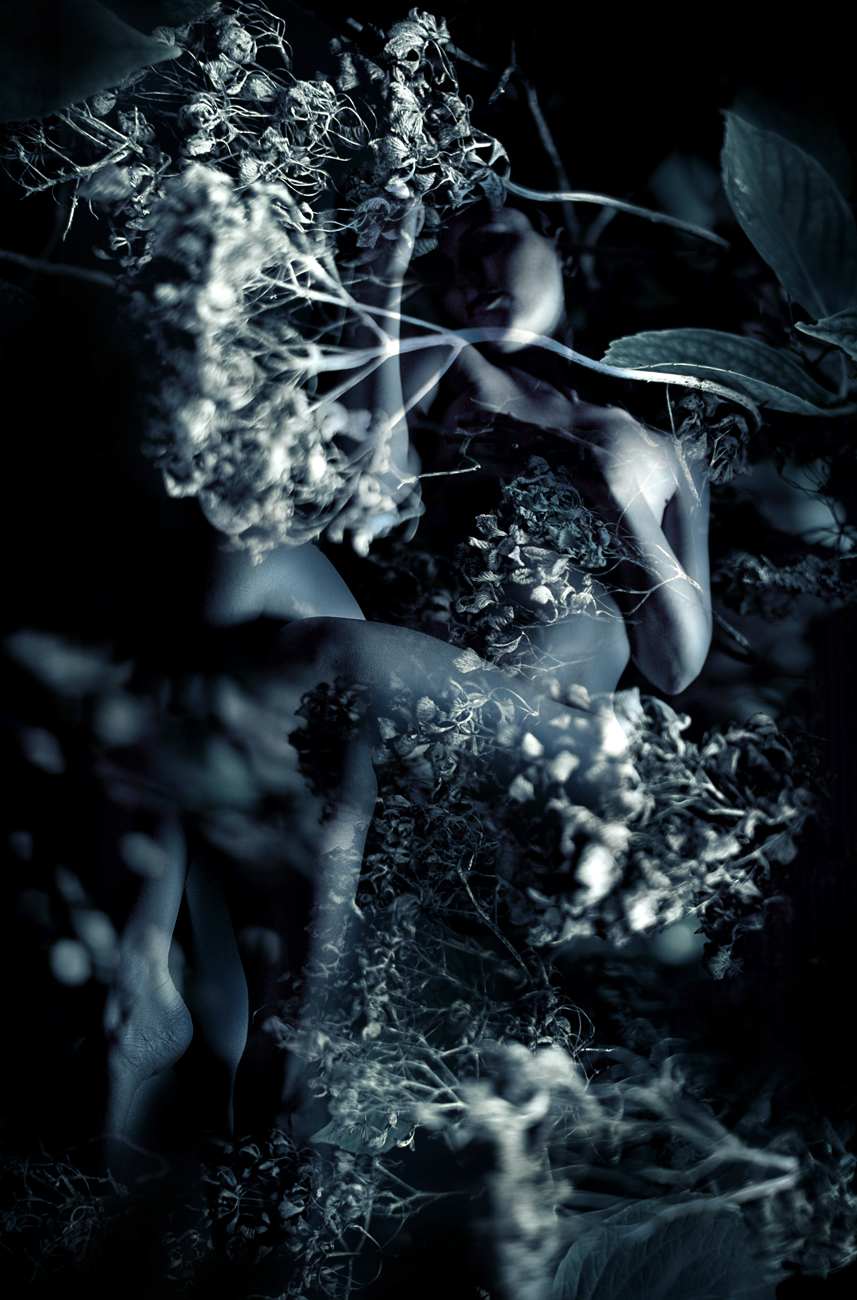 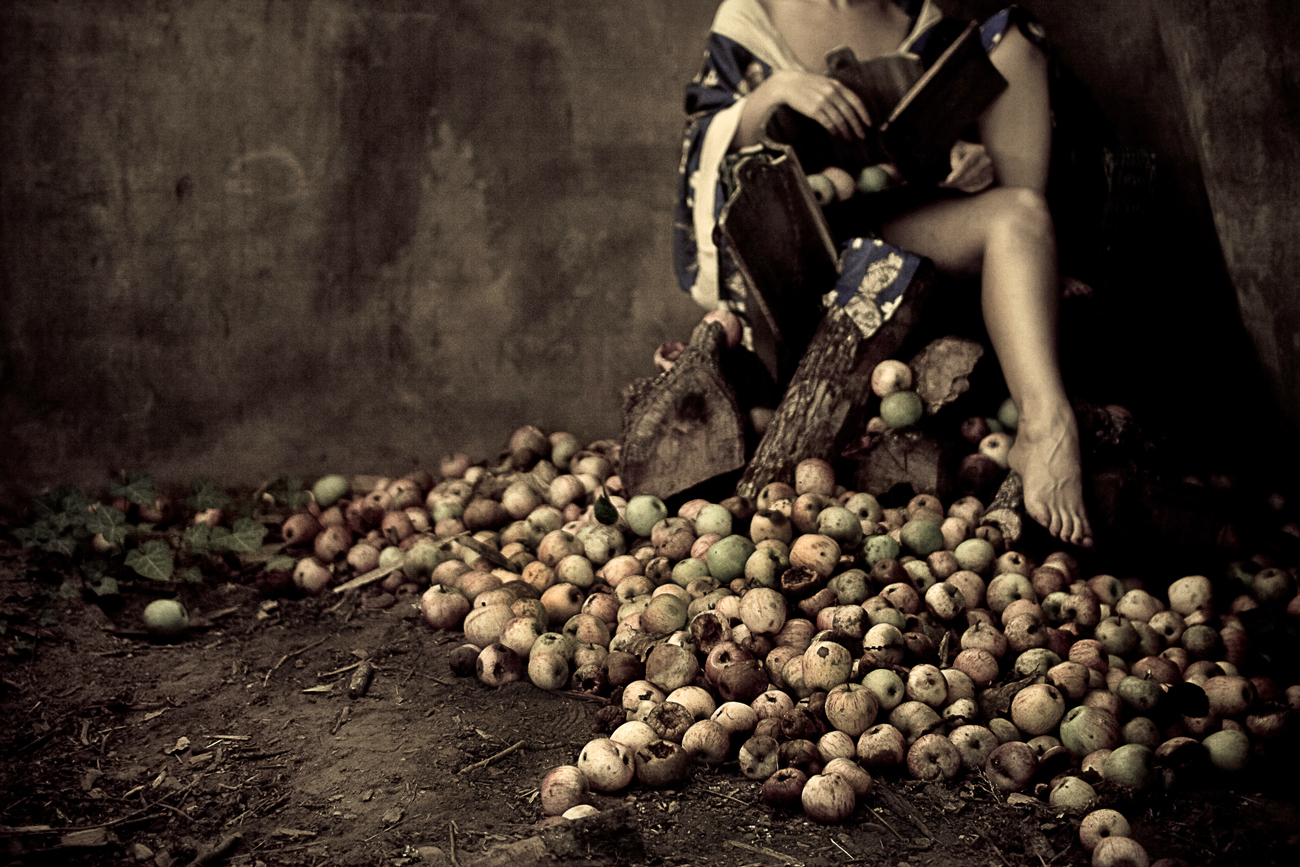 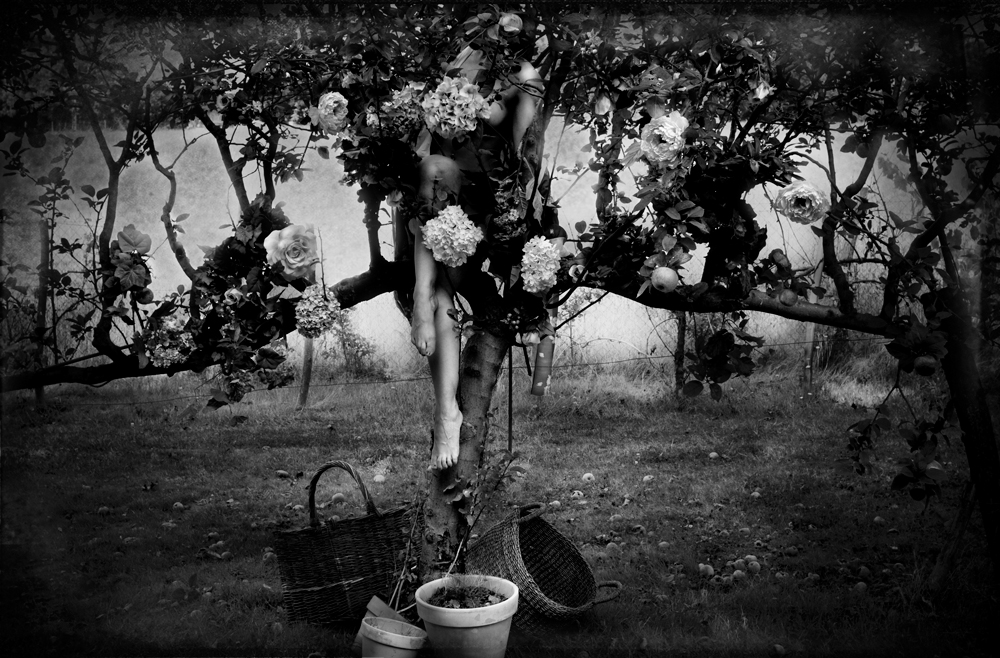 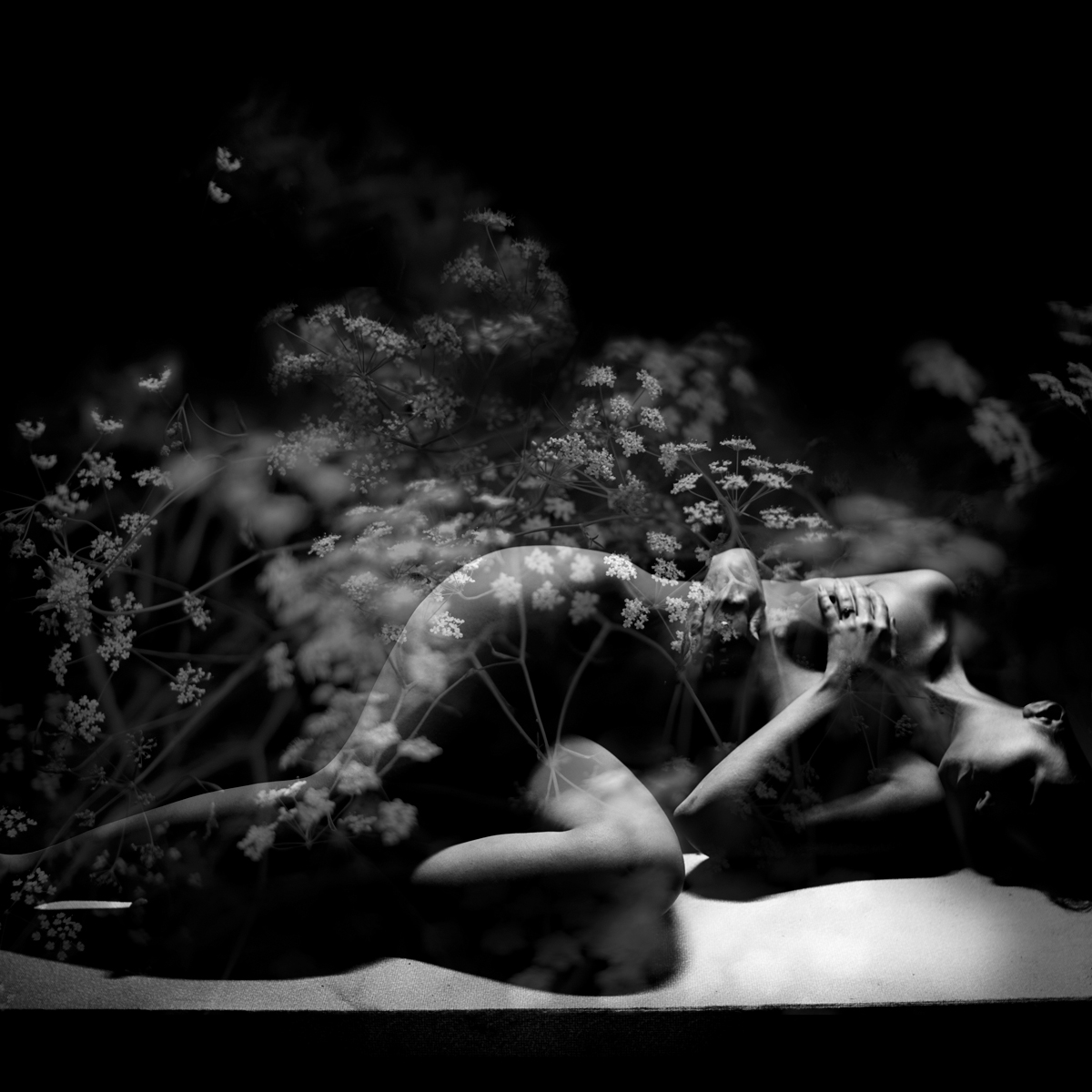